Amazon CloudFront is a content delivery (CDN) service that securely delivers data, videos, applications, and APIs to customers globally with low latency, high transfer speeds, all within a developer-friendly environment.

Chinafy and Amazon CloudFront both are related to a website and or web applications performance. However -

The Amazon Cloudfront solution is widely used across various websites for acceleration and security purposes, with the majority of its solutions applied across global, non-China websites.

They can be used in compliment. More in Using Chinafy with Amazon Cloudfront.

Use of any onshore CDN PoPs in China, irrespective of provider, requires an ICP license which relatedly requires an onshore China business entity.
Without one, most companies are leveraging the provider's Global CDN, including Near-China PoPs.
Learn more about how Chinafy helps achieve near-native onshore performance, offshore without a separate site, ICP license or onshore hosting for Amazon CloudFront China CDN.

Use of any onshore CDN PoPs in China, irrespective of provider, requires an ICP licence, which relatedly requires an onshore China business entity.

Without one, most companies are leveraging Amazon CloudFront’s Global CDN, including Near-China PoPs.

CloudFront does not operate it's own CDN or points-of-presence (i.e. POPs) in China. Instead, CloudFront China has three Points-of-Presence (PoPs) that are separated from the rest of their global network. AWS China (Beijing) is operated by Ningxia Western Cloud Data Co. Ltd. (NWCD) & AWS China (Ningxia) is operated by Sinnet respectively.

To use CloudFront China, customers need to obtain the below pre-requisites through Sinnet or NWCD.

Pre-requisites to use CloudFront China include an ICP Filing or License, local hosting agreement with Chinese-based hosting provider, PSB Bei An, a legal entity in China/China-owned business or a China-based representation office. Companies remain the exclusive owner of customer data but data must be stored domestically in China. 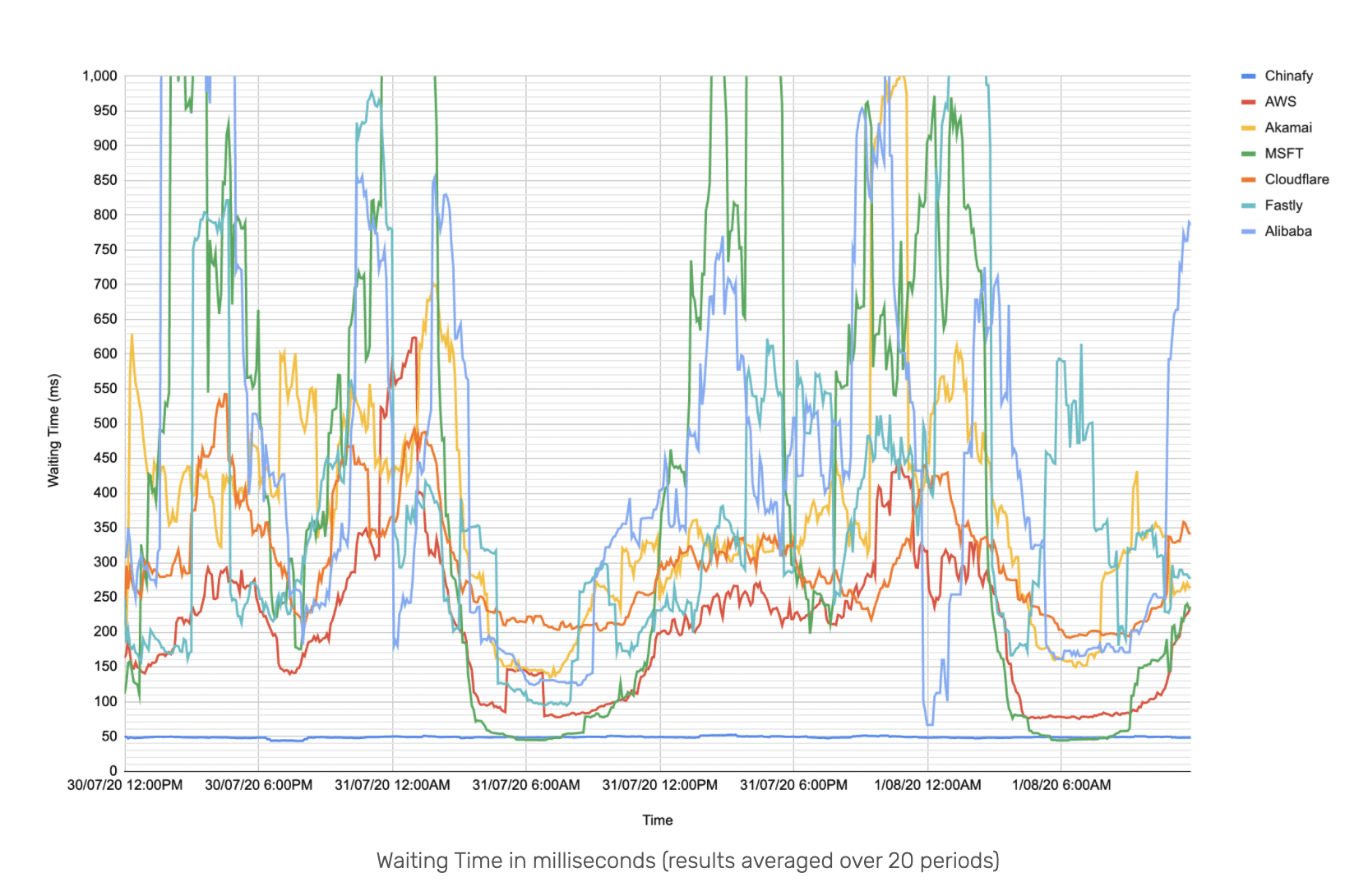 Azure China CDN does not provide China compatibility solutions to handle for, resolving, or replacing resources that are blocked or inaccessible from China. Common technologies that interfere with a site’s functionality in China and may appear broken include Vimeo, Youtube, Twitter, Google APIs and more.

Please refer to Chinafy vs. CDN.

Chinafy prides itself on expert support for our customers, with varying solutions depending on their needs and website specifications.
Chinafy regularly onboards sites using Amazon CloudFront China CDN.
Do you use Amazon CloudFront China CDN? Use both Chinafy and Amazon CloudFront China CDN.
We regularly work with sites using various CDNs. CDNs does not fully address web performance issues in China but it doesn't mean you can't use other features and or leverage their leading CDN capabilities outside of China.
Do you have a regulated entity and ICP license?
A) If no, no problem. Learn more about how Chinafy helps SMEs to listed MNCs to achieve near-native onshore performance, offshore without a separate site, ICP license or onshore hosting to compliment to compliment your existing tech stack. Bolt-on China access.
B) If yes, reach out to us to see how you can combine Chinafy's intelligent web resource compatibility suite with Amazon CloudFront China CDN with Chinafy for Enterprise.