SSAB is a listed Swedish company steel manufacturer with its largest shareholders including the Government of Finland. SSAB’s high-strength steel is the backbone behind some of the world's largest automotive, engineering and construction markets.

The company has over 14,000 global staff, with a number of them currently stationing a finishing line facility in Shanghai, China.

With the largest source of revenue in special steel coming from non-EU regions in 2020, SSAB - like a number of other steel manufacturers - has its sights locked on China.

With this in mind, the SSAB drew an extensive sitemap to cater to the local audience in China. The regional site has a localised .cn extension, is fully readable in Chinese, and directs inquiries to Chinese-speaking contacts. 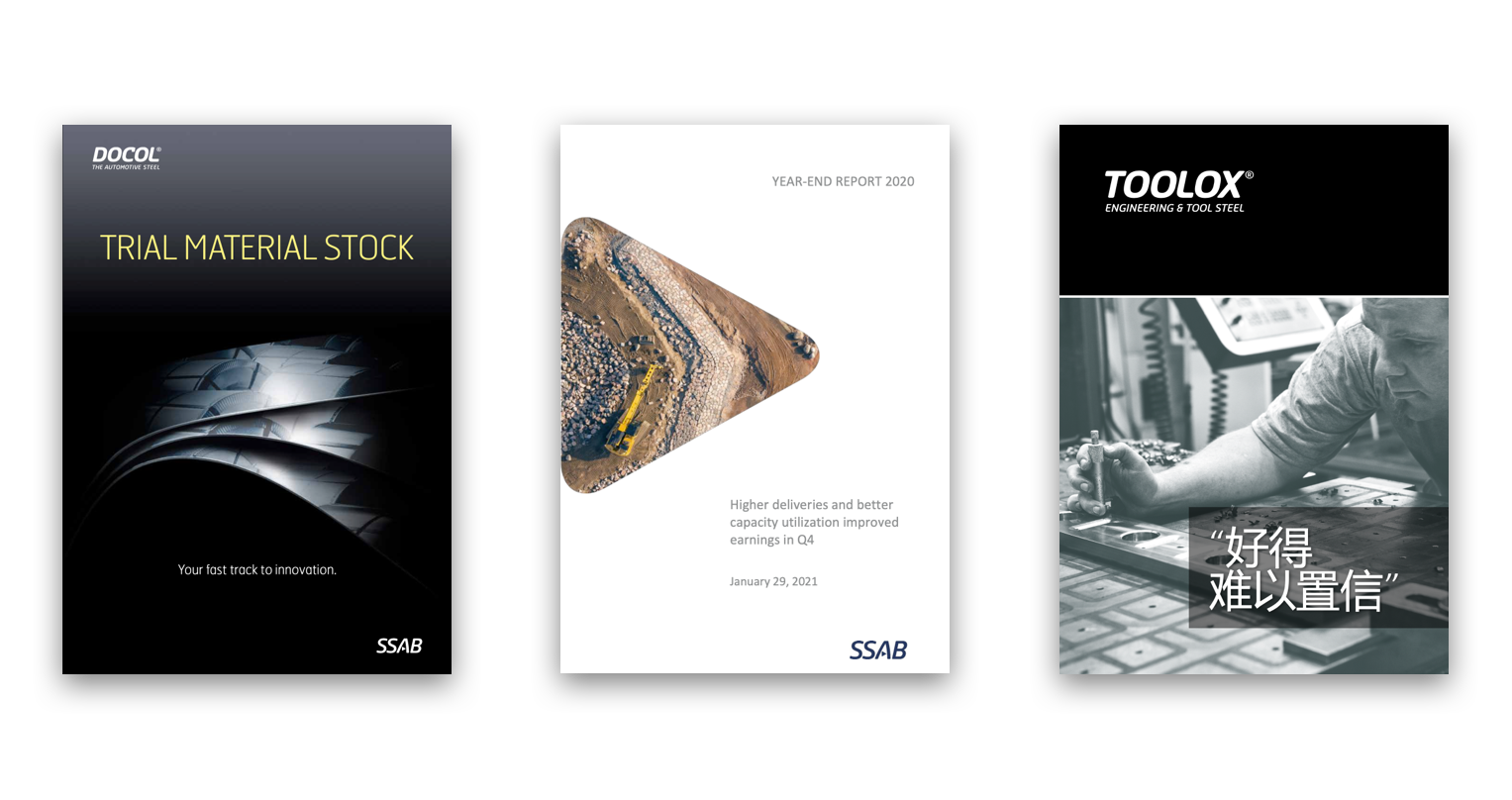 The SSAB site sets up a Download Center with full material manuals and annual reports available for direct downloads.

All boxes were checked, except one: it didn’t load fast and fully enough in China.

Like over 90% of global sites, the SSAB performed well globally but loaded slowly and was often loading incompletely from China. 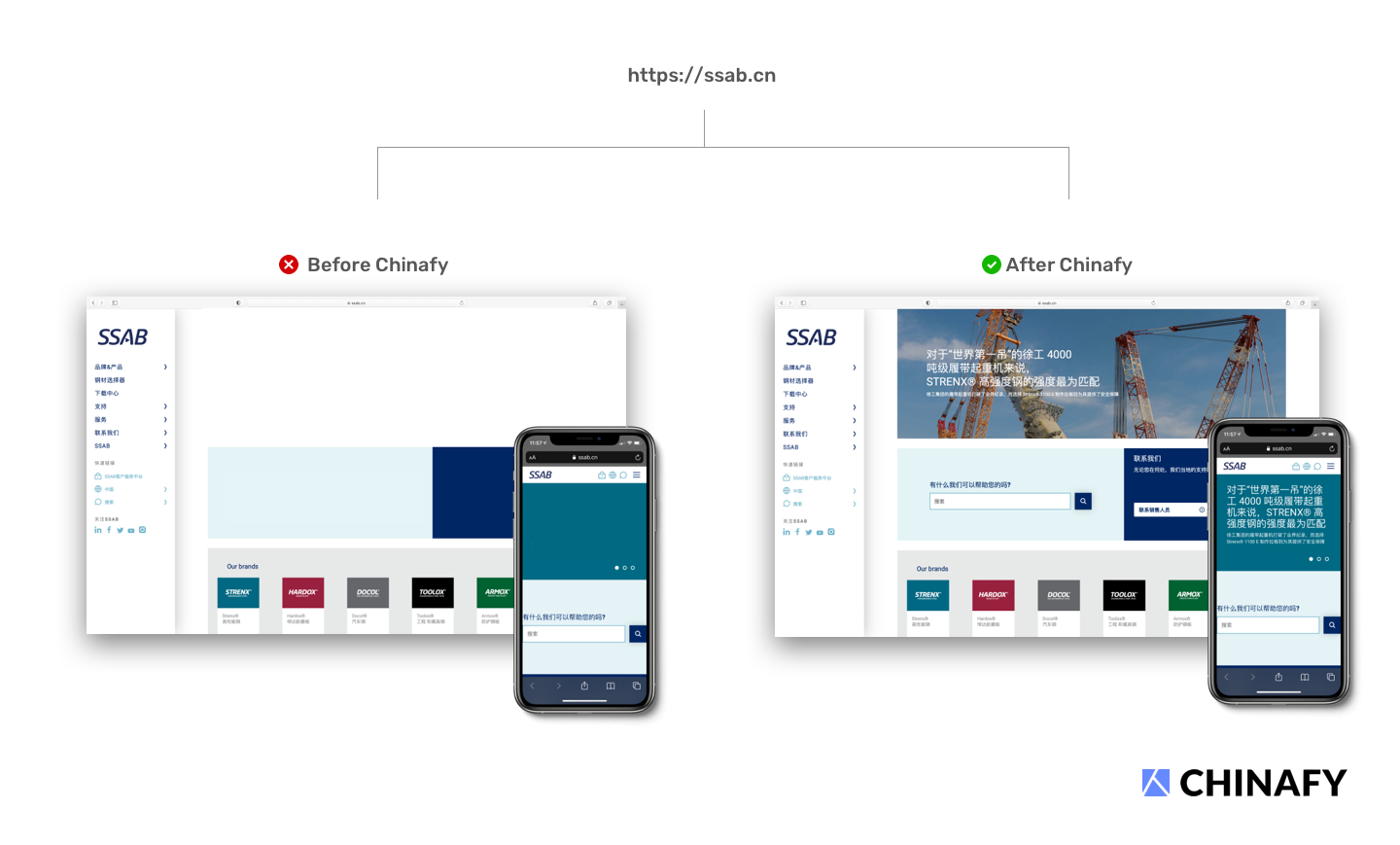 How do most foreign sites load in China?

Upon engagement, the SSAB team was clear about the following objectives.

Before Chinafy: 12.5s with inconsistent delivery in China (in grey)
After Chinafy: 5.1s in consistently loaded in China (in blue) ~ its U.S. equal at 5s 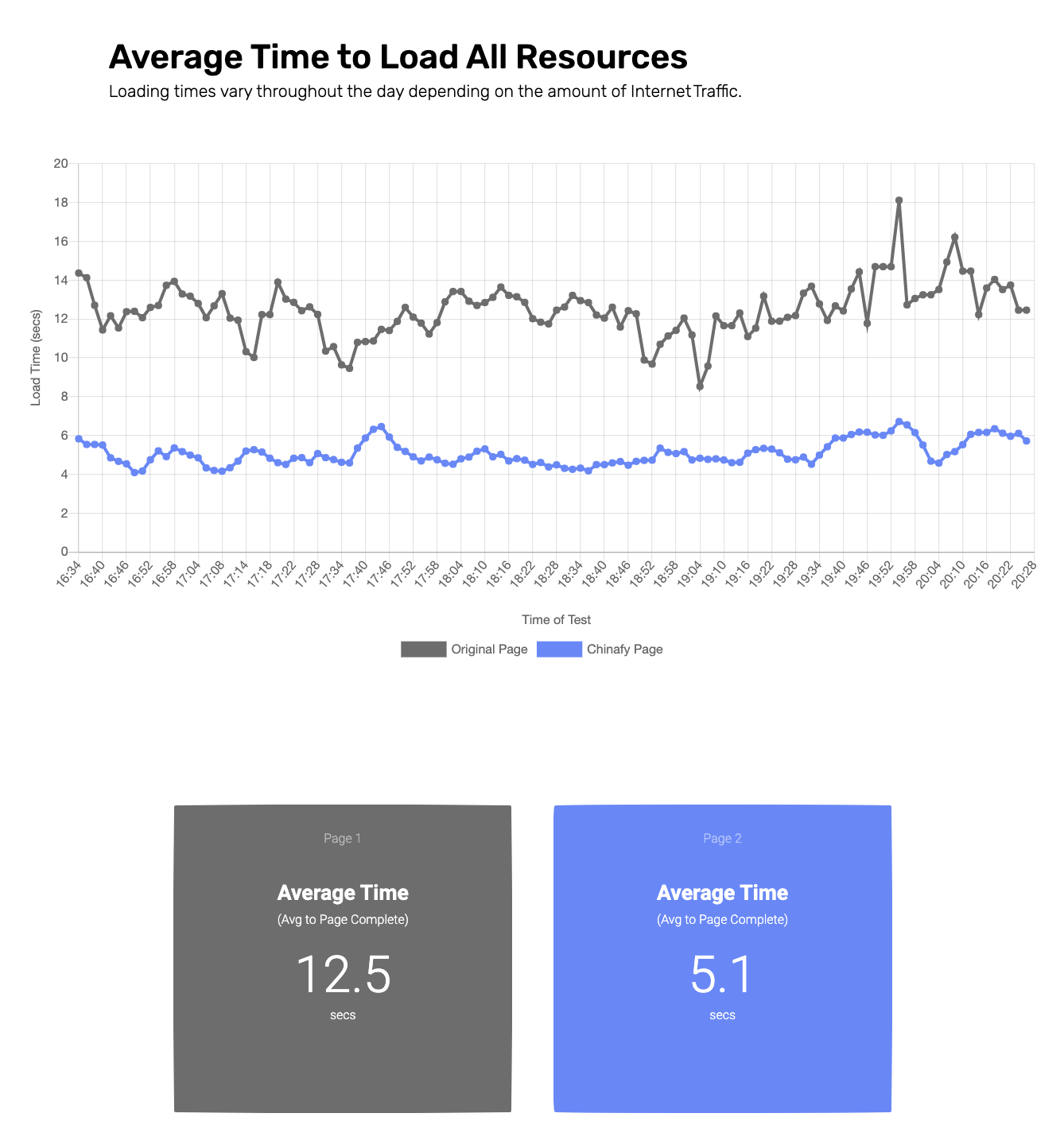 After the Chinafy optimisation process, the SSAB team was also able to -

Configure its site so that Google Analytics trackers can properly fire in China, as intended

The Chinafy version of the SSAB regional site looks exactly the same as its original version - except it’s much faster in China. Pretty cool right?

Does your custom site work in China? Try our Visual Speed Test tool to see it loaded in China, in real-time.