When we discuss site performance, we generally break it down into the two components: Speed, and Compatibility. We use these attributes because they provide a quick snapshot of a site, and they’re generally easy to digest - under the surface however, there’s much more to be understood, identified, and resolved.

In this report, we evaluate 10 different sites, looking at how they performed individually, and together. We’ll answer questions such as:

Are sites slow all the time?

Are all sites the same?

Does a site look the same each time?

How much of the page actually loads?

To illustrate a more detailed picture, we’ve broken this study in four parts with each part getting increasingly more technical:

From a handful of industries, we picked a number of sites - some more prominent than others. We could have used just about any set of sites really, but felt this group targeted sectors that rely on China for growth. We wanted to add one of Trump’s sites for example: trumphotels.com, or donaldjtrump.com, but it appears there are unfortunately (and understandably) a number of extra protective mechanisms in place that prevent us (or anyone) from ad-hoc running tests on their site without permission.

Understanding why these companies were chosen, how their industries are globally relevant, and how they currently cater to the Chinese audience is important.

Test Locations: Beijing + N.Virginia (i.e. the physical locations from which we run our tests) 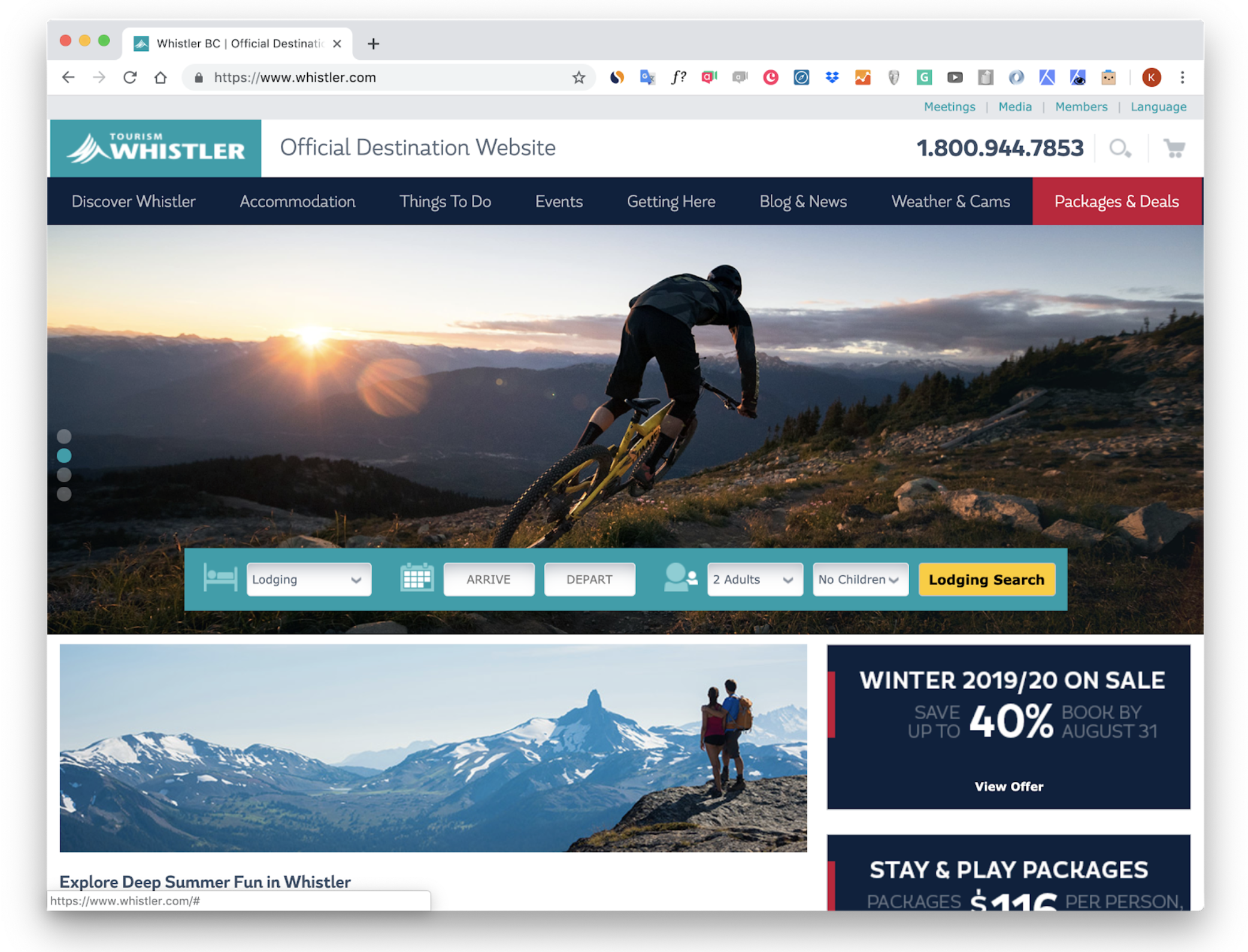 We chose Whistler because frankly, I dream of going every single winter (and now, summer!). I grew up in Vancouver and could never afford it. All 'grown up' now, I live in Hong Kong - the logistics simply aren't that straight-forward.

Whistler is one of the top (the top?) ski resorts globally. It’s a huge resort that caters to a wide variety of international travellers - largely American (vs Canadian), but in recently years have cast their eyes East to Asia, and beyond for growth as can be seen with their multiple languages: 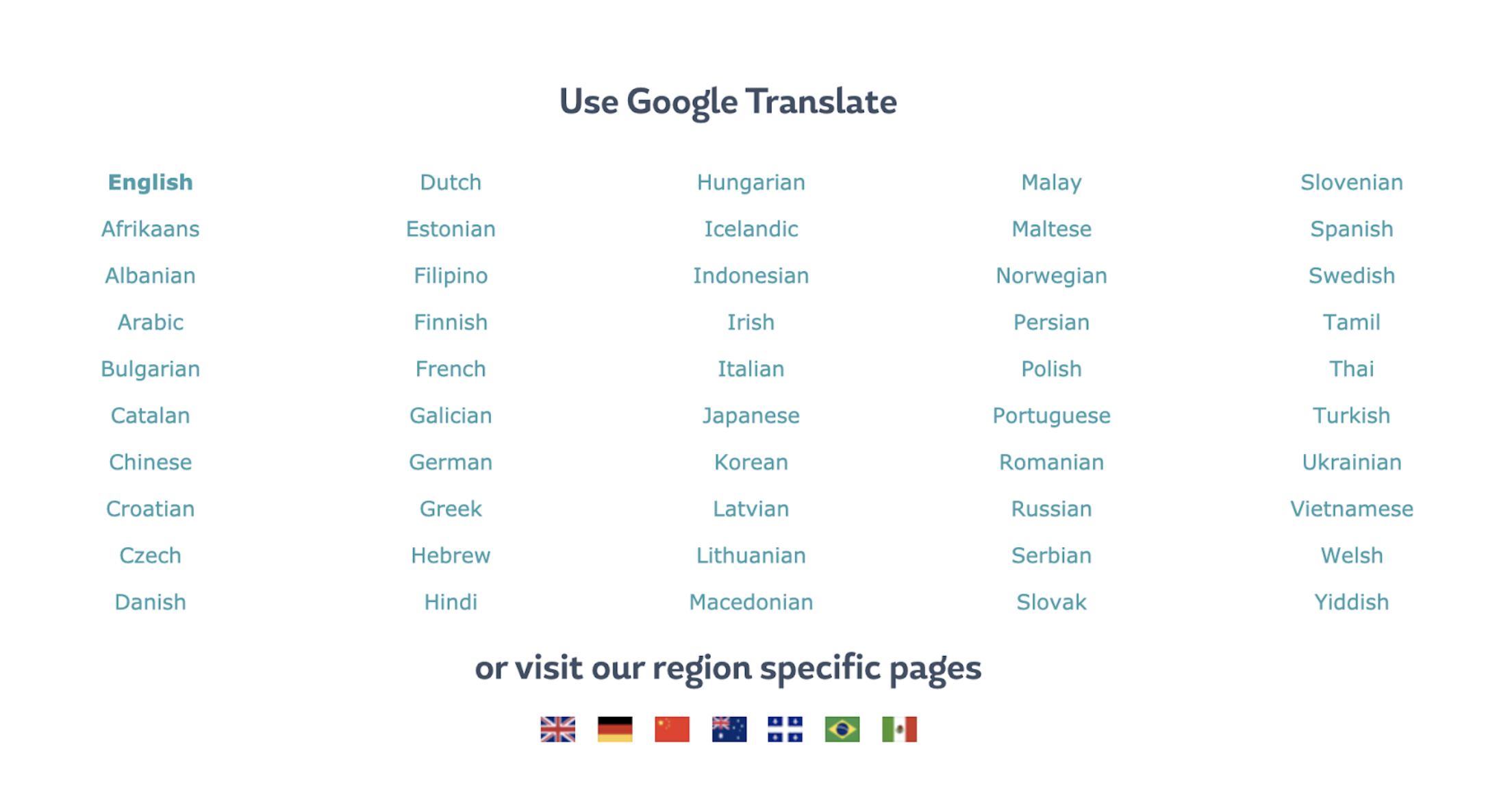 While skiing isn’t a popular sport (yet) in China, the more affluent, well-traveled folk would be remiss without carving, and subsequently wiping out on Whistler’s slopes. That, or perhaps enjoying a number of other activities around town. 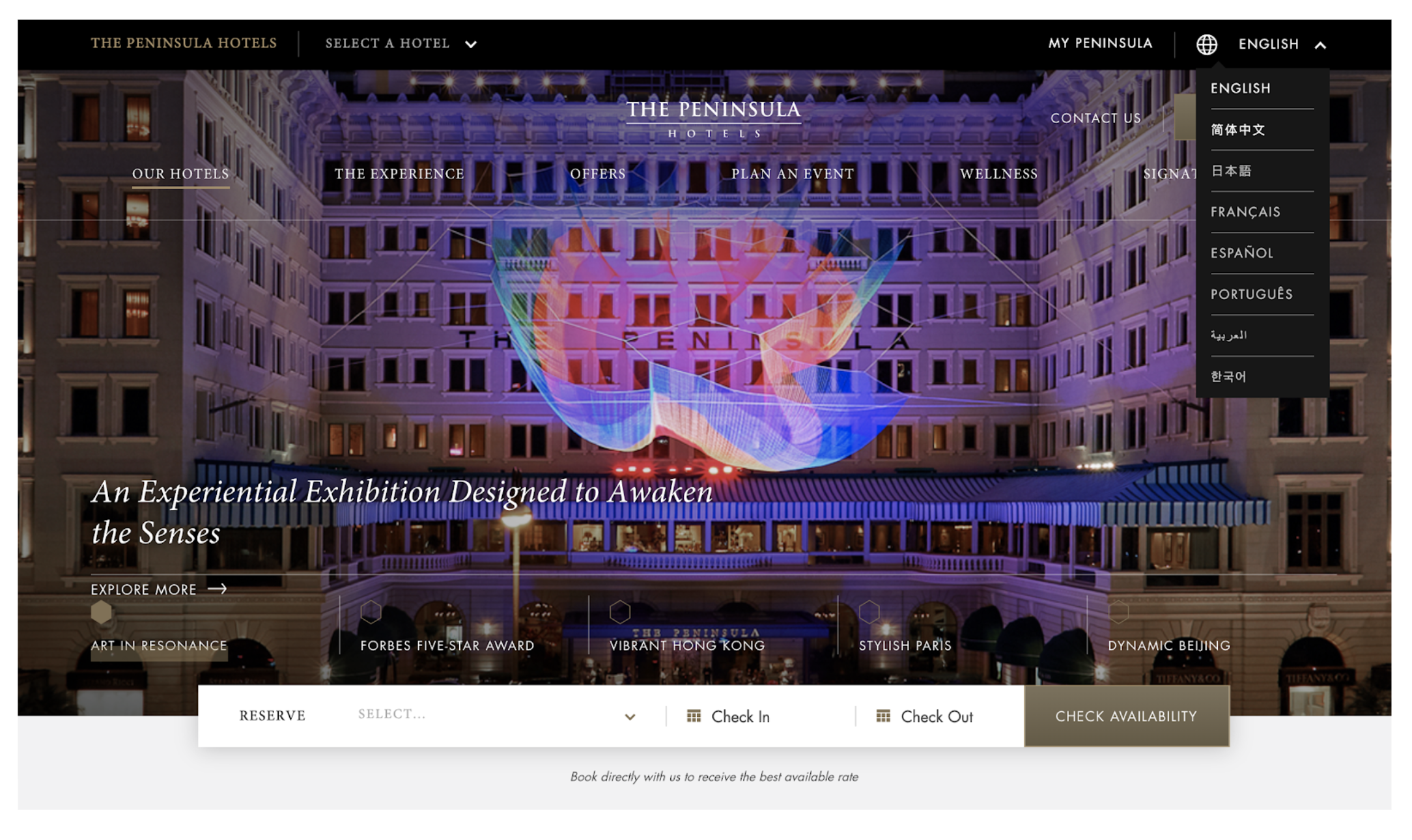 The Peninsula is one of those iconic hotels, and more importantly, brands. They’re headquartered in Hong Kong by the Hong Kong and Shanghai Hotels Group (HSH) with 10 hotels globally, and a few more in the pipeline. On the cusp of China’s border, they’ve been around since 1928, have been catering to the political, business, and celebrity elite for close to a century now. If there’s a company that caters to, and understands the nuances of both Chinese and International travellers, it’s them - or is it? 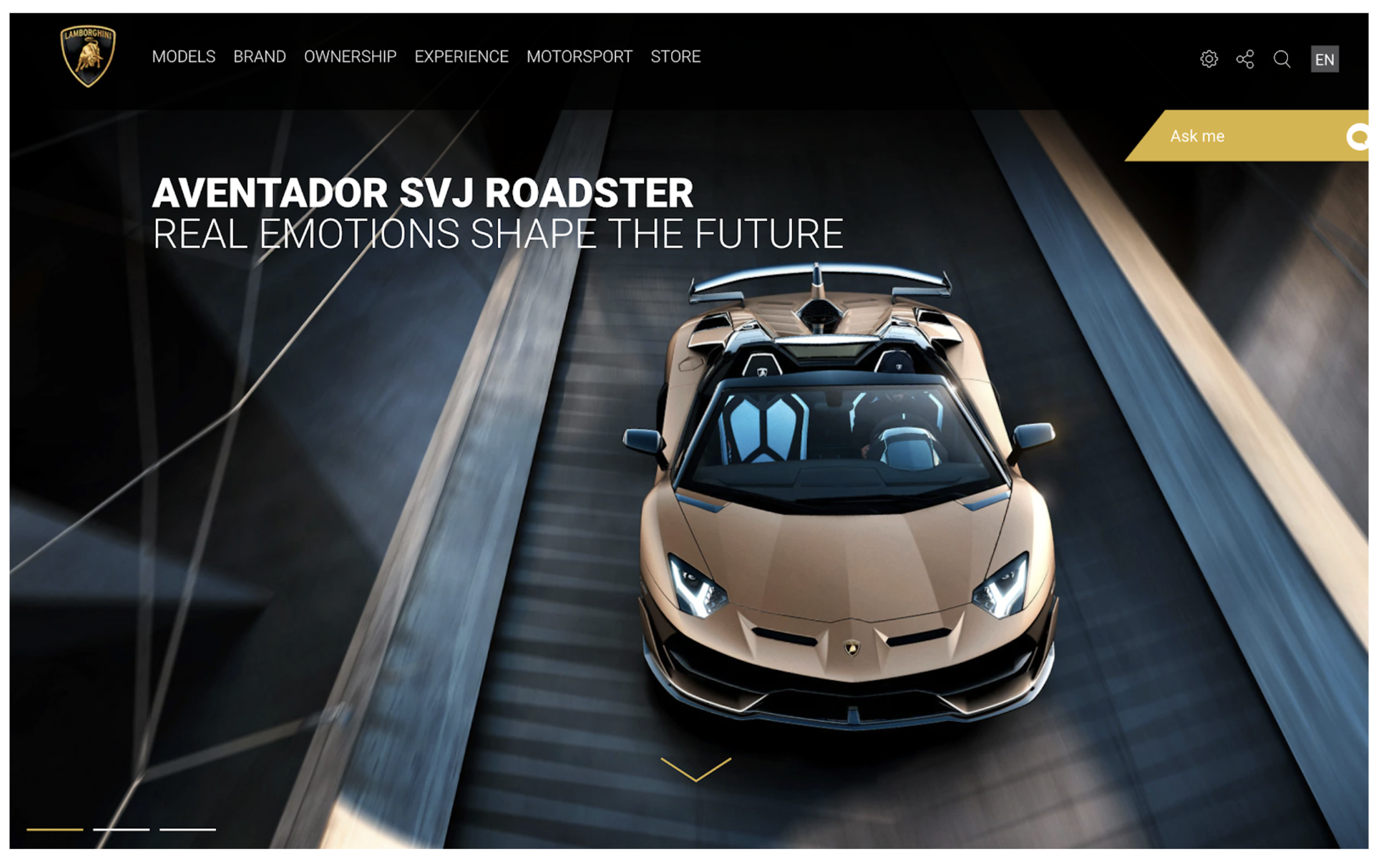 Bad and Beautiful. Originally a company that built tractors, the founder, Ferruccio Lamborghini, started the ‘Lamborghini Automobili’ we know today in 1963.

Iconic cars, they’re fierce, fast, eye-catching, and perfect for some of China’s nouveau riche. Over the last five years, China has been a critical market for Lamborghini’s growth influencing product, and critical design decisions including their foray into SUVs (which my brain logically understands, but the heart doesn’t).

Nonetheless, as a fast company on the bleeding edge of automotive technology, can they figure out web technology? 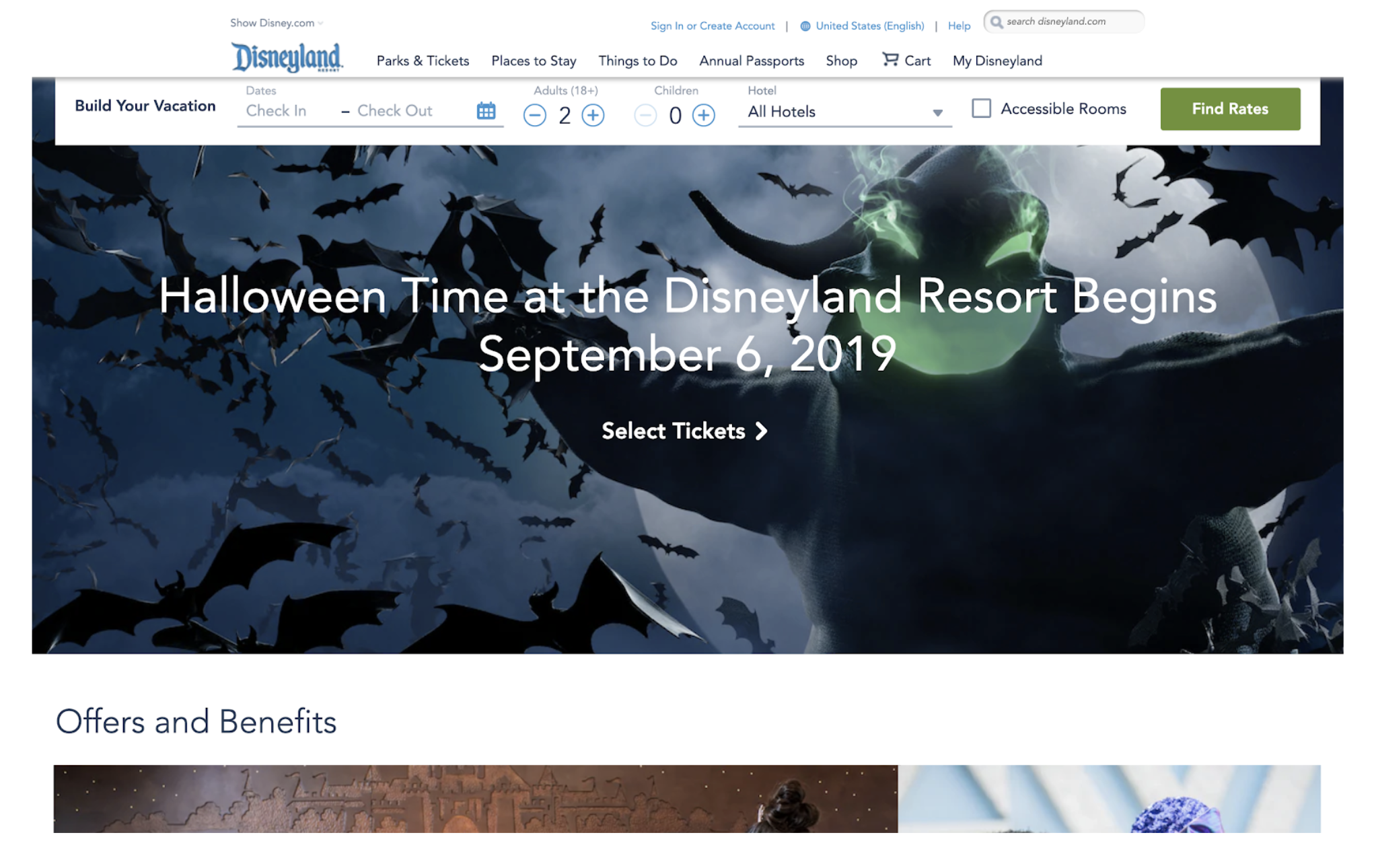 Disney’s one of those brands that you never grow out of. You’re hooked the moment you’re born - that is, unless you were born in China. Disney is making a concerted effort to grow their business in the world's most populous market with their Shanghai Disney Park, merchandise spread everywhere and numerous games syndicated with China’s gaming publishers. 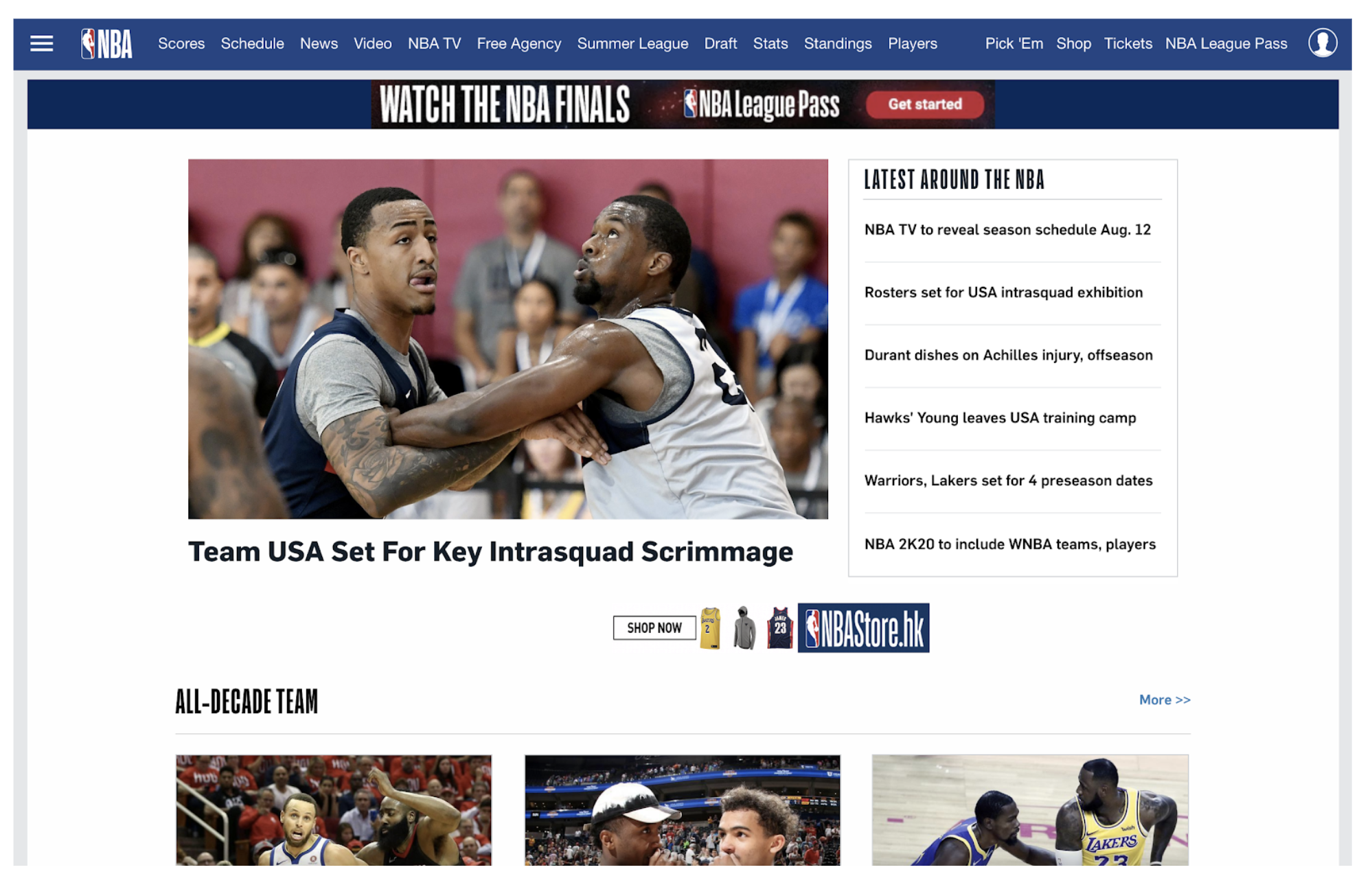 Basketball has grown significantly over the past 30 years now going full mainstream with friendlies hosted in Shanghai, to athletes getting recognized on the streets, to athletes doing less-than-respectable things in the streets, to the players studying Chinese themselves. Although there is a separate Chinese site for the Chinese audience, we look at how their Global site performs. 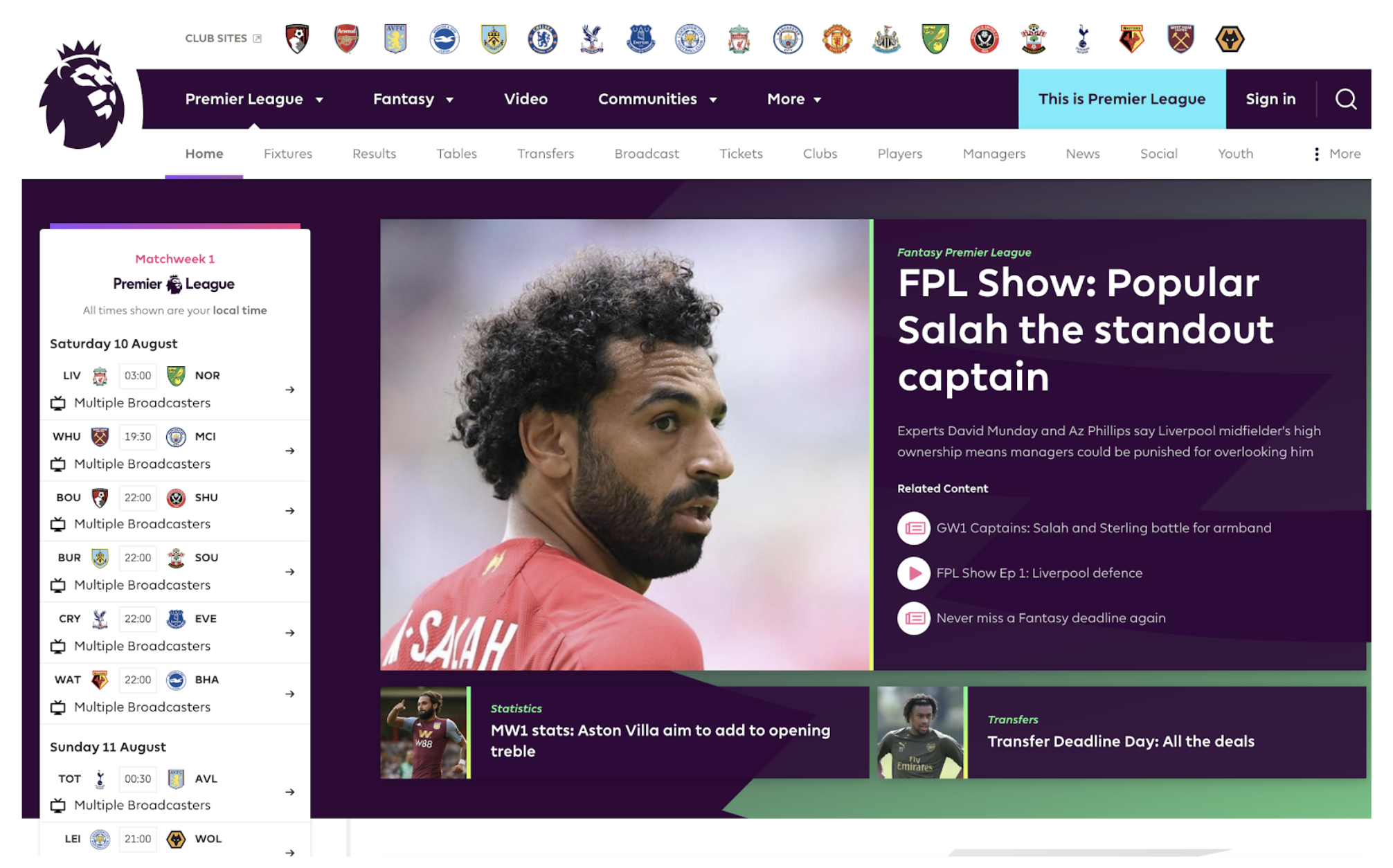 Valued at close to US$30bln, the Premier League has made a concerted effort to innovate technologically in China - does their website work? 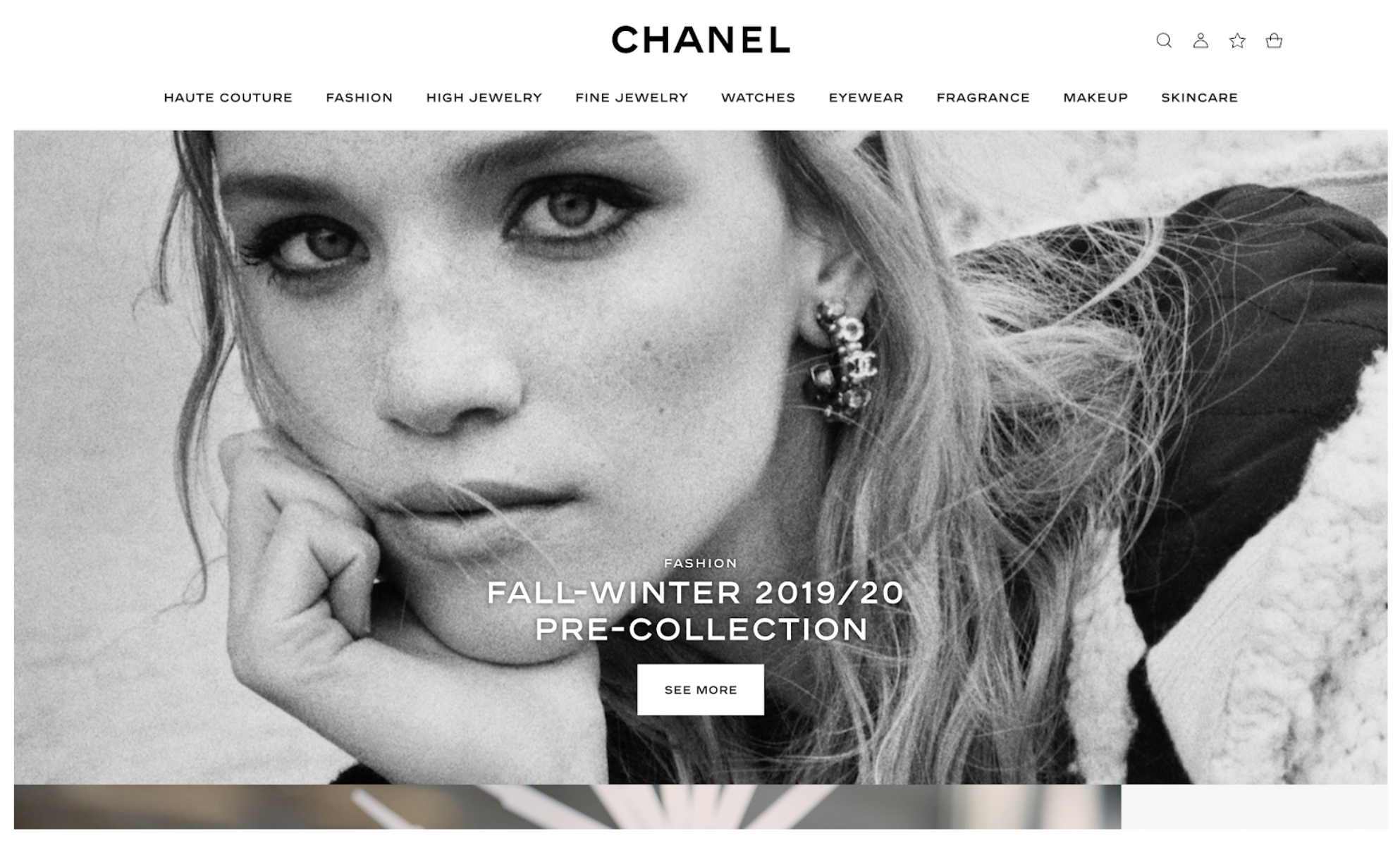 Ten years ago, I lived in the Causeway Bay district of Hong Kong - a location dense with luxury brands and items one wants, but cannot afford. With a number of brands to choose from, I chose Chanel simply because well - it was right next door. I also promised my wife a bag (which I haven't yet delivered on).

While China is undoubtedly one of the prime markets for luxury brands, we look at Chanel for an indication of 'Luxury Mainstream' and an earlier market-entrant than the more nascent luxury niche brands. 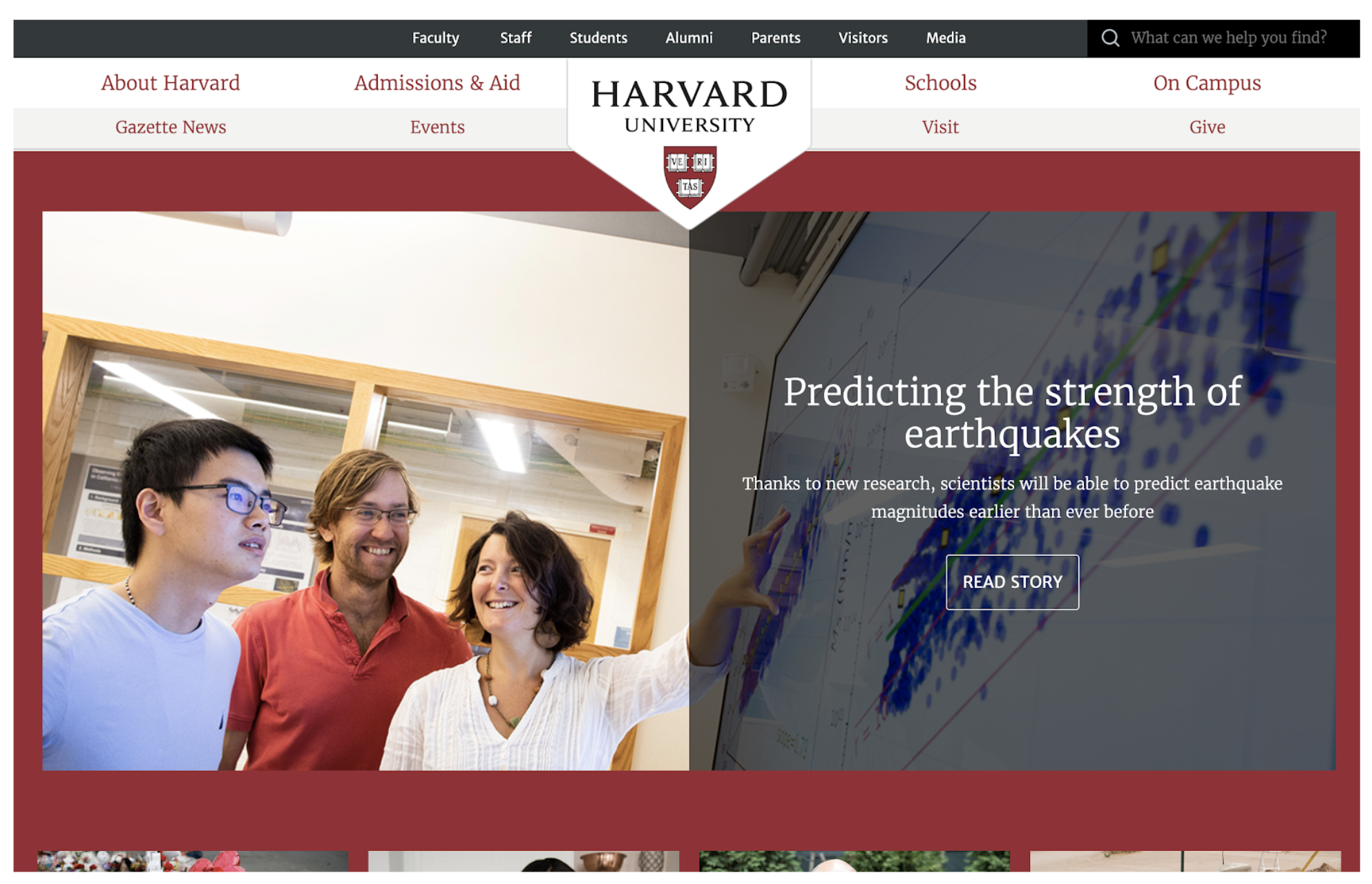 At the top of the educational hierarchy, Harvard is no doubt one of the most aspired-to, and applied-to Universities for Chinese students to attend. With about 1-1.5mm people from China visiting the site every month, we questioned what it was like for these students (and parents) dreaming of attending this prestigious institution. Granted - Harvard has quite a well established reputation, does their website live up to it? 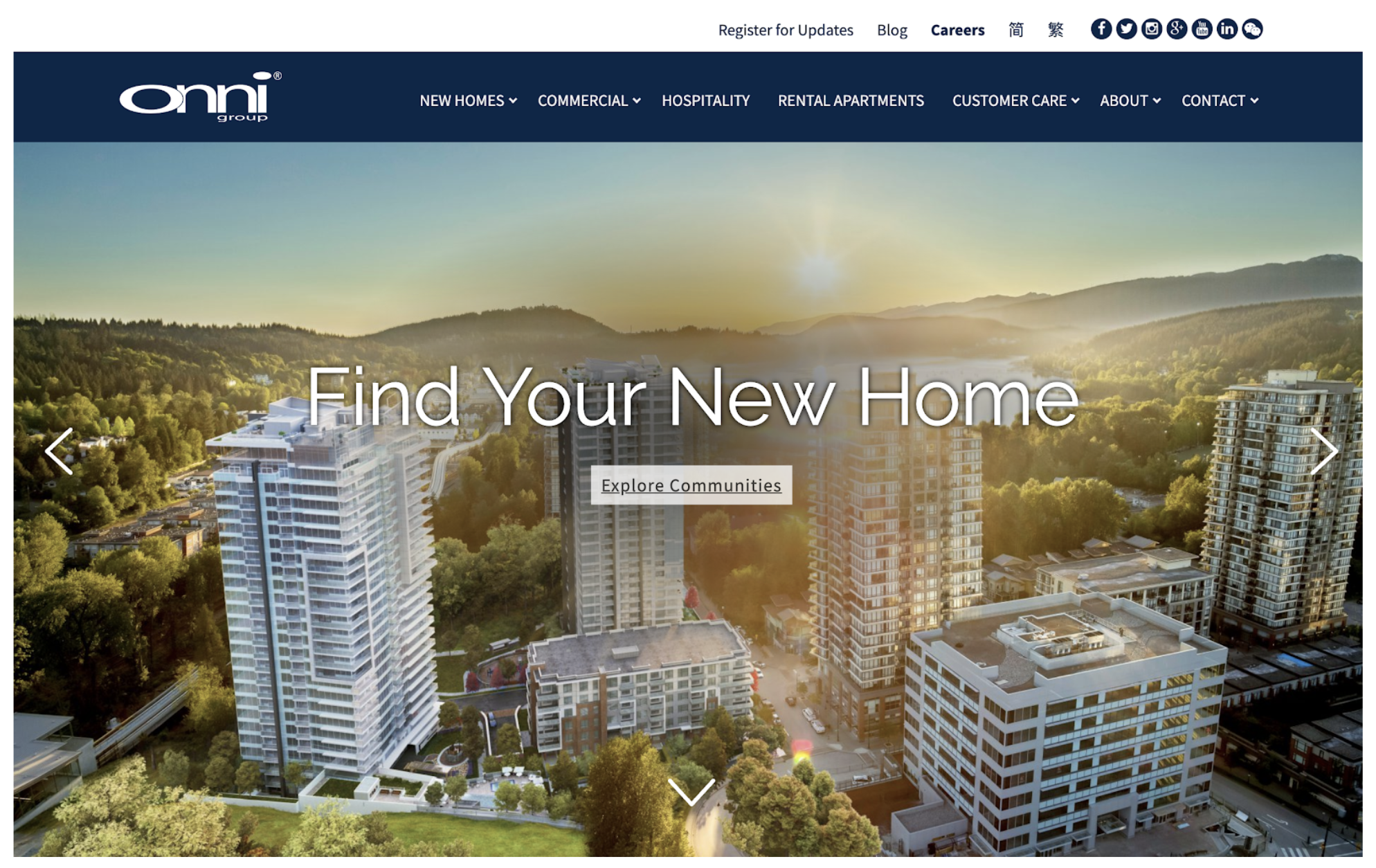 Onni isn’t a globally well-known brand, they are however, a middle-upper tier Vancouver real estate developer. With Chinese spending close to $100bln in overseas each year on real estate, it’s imperative that real estate developers everywhere be technologically equipped to target the Chinese buyers.

Filson is one of those brands that’s been around forever, builds durable products, and stays away from neon. I visit their site regularly, checking out what I’d need on my next 4x4 adventure in the Pacific NorthWest and hover over the ‘buy’ button frequently - their stuff may not be cheap, but it'll last forever.

The ‘rugged outdoors’ is a niche that’s turning mainstream in China. They don’t currently (appear to be) cater(ing) to the Chinese audience. Wondering if Filson was positioned to enter China, I thought we include them into the mix as well.

Where do we go next?

We loaded the above 10 sites every 5 minutes for 1 week for approximately 2000 data points each. In the coming pages, we’ll try our best to stay professional and not ‘bash’ certain websites (it’s hard not to sometimes!). Some of this nuances are technical, so we’ll also try to keep it interesting, and entertaining. Read on - and let us know what you think:

Next up: Part 2: Aggregate Performance