AYANA is an award-winning luxury hotel and resort brand located on a secluded cliff-top land overlooking the coastline in Bali, Indonesia. Named by CNN as a hotel with one of the best sunset views in Bali, AYANA also holds various prestigious titles such as “World’s Best Hotel Bars”, “World's Leading Family Resort”, and “Most Outstanding Fully-integrated Resort Destination for Indonesia” just to name a few.

With close to 300 rooms and 80 private pool villas on its premise, AYANA’s service excellence is evidenced by its glowing 4.7-star rating (out of 5) with 7,200 reviews on Google. 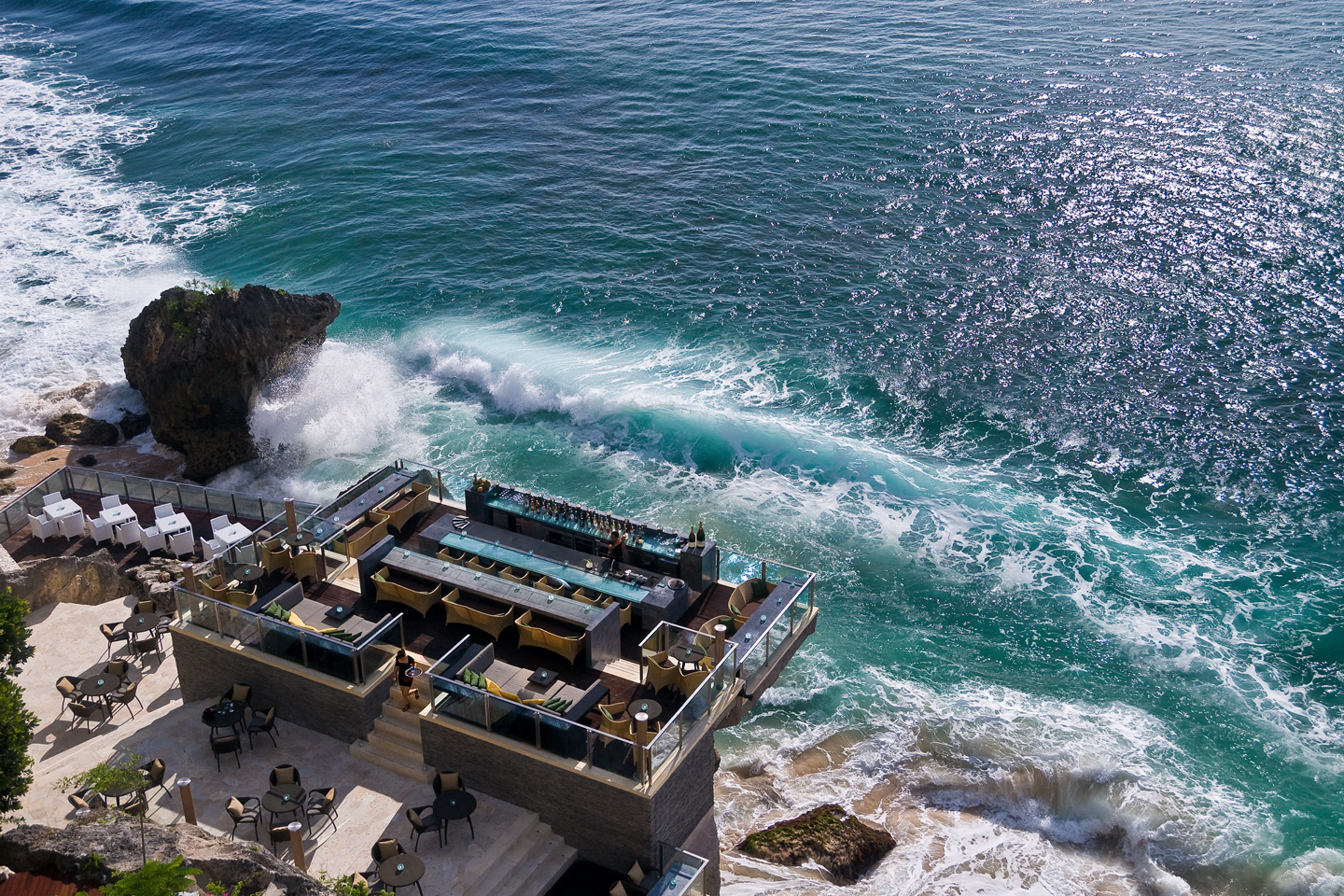 Currently, at the forefront of global covid recovery, China has seen promising growth in domestic tourism with outbound travels expected to make a strong comeback.

According to China Outbound Tourism Research Institute, the number of border crossings from Mainland China will not only soar but exceed its 2019 record, to a forecasted figure of 180 million. 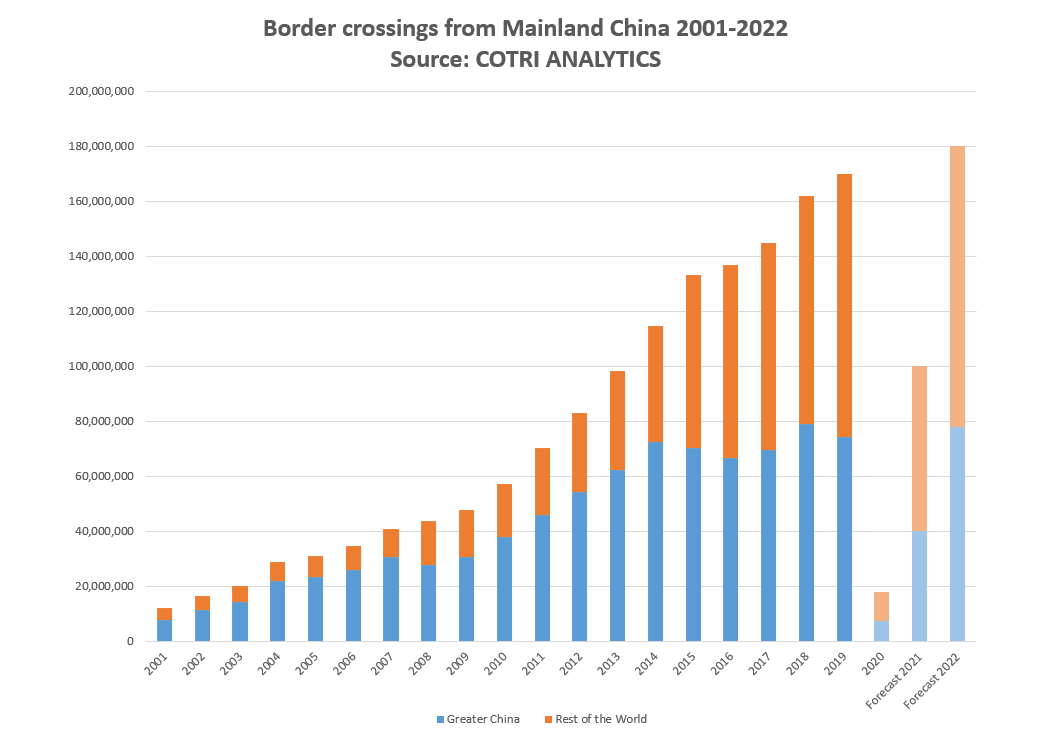 China remains a key market for international tourism including Indonesia.

With global travel to resume inevitably, the AYANA team wanted to invest in upgrading their current site to include localized Chinese content including text and media, like its localized Youku videos. Conveniently located just 10 kilometers from the Bali airport, the team also wanted to ensure its accessibility is clearly communicated prior to booking.

Most importantly, it was also key that this website achieved better loading times in China to provide better service for travellers, if not friction-free.

Ahead of its launch, the AYANA team reached out to Chinafy to ensure that when launched, the localized site would perform strongly in China.

What is the revenue impact of website incompatibility?
Read more in “What's the Cost of Incompatibility and Not Booking Direct?”

When it comes to website localisation for China, AYANA team had a few objectives in mind - 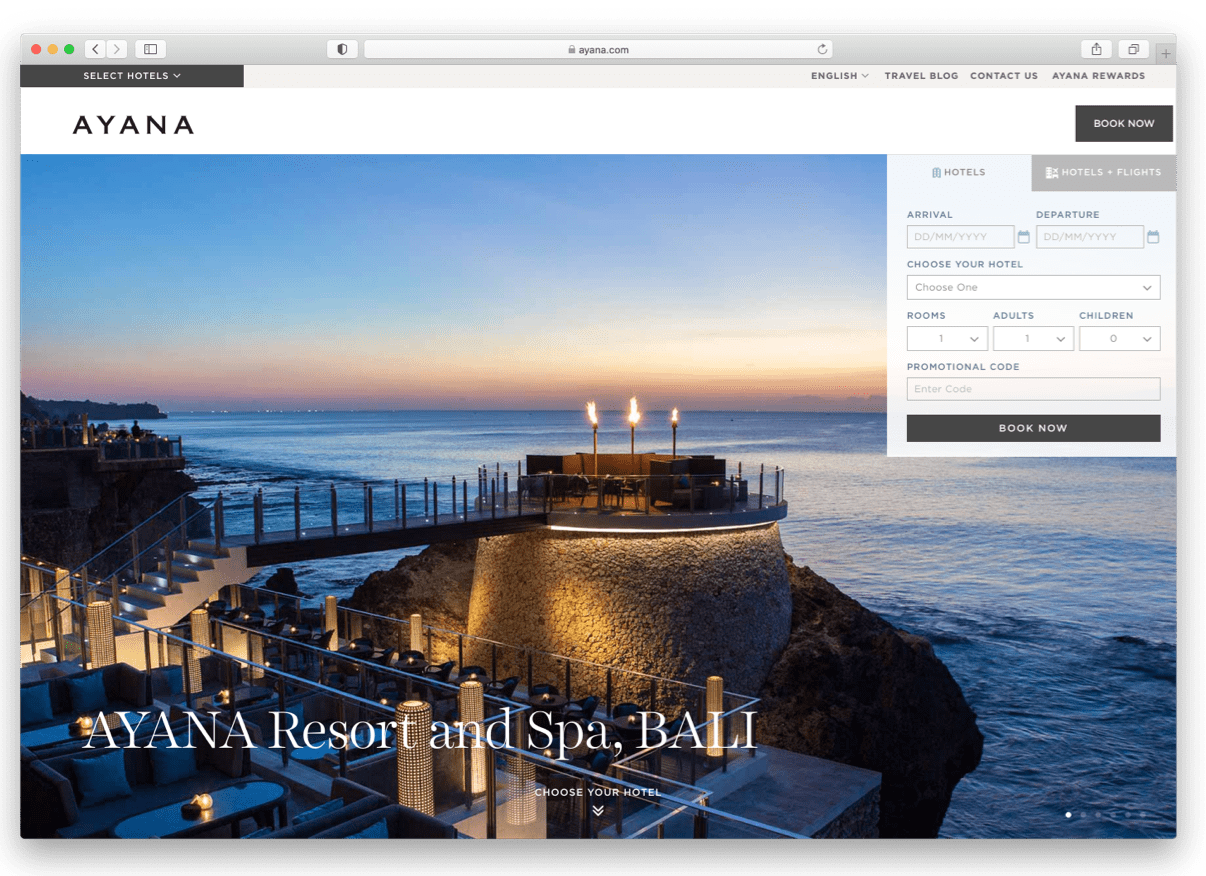 Ensuring the performance of its booking portal in China is a high priority on AYANA’s list (Source: AYANA)

Needless to say, Chinafy was able to help! 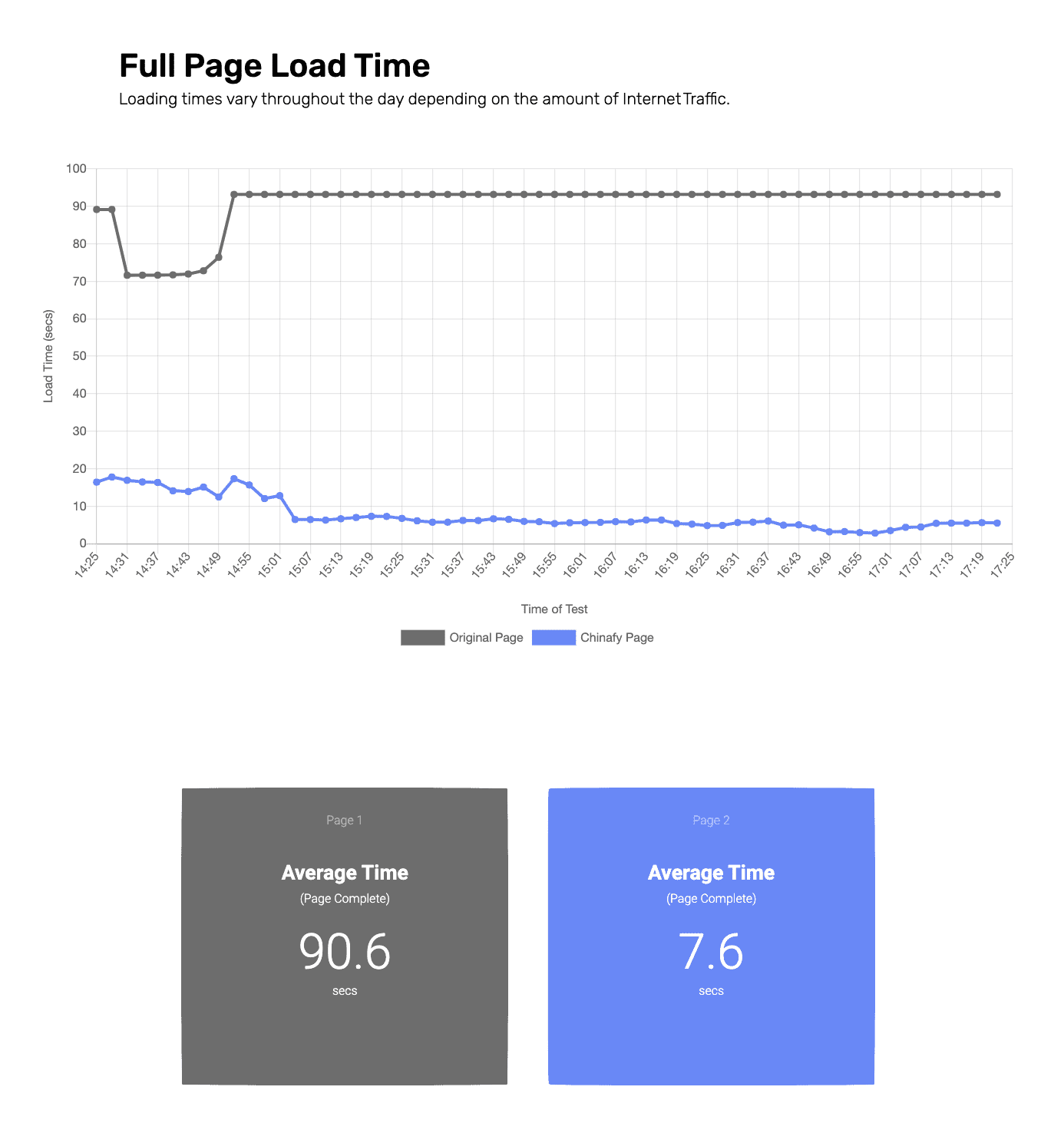 💡After Chinafy, the AYANA site is 11.9x faster in China! 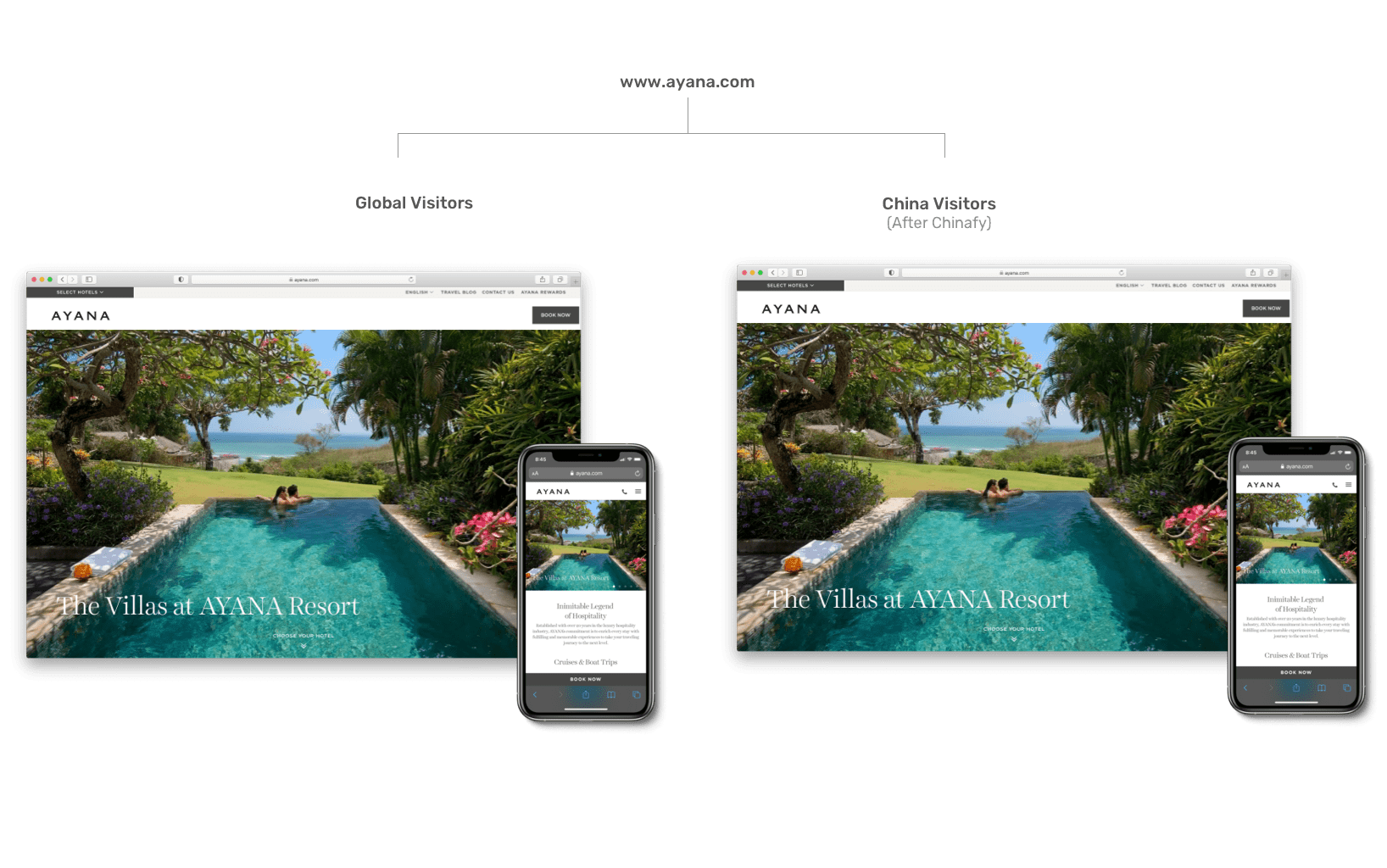 And the best part? The Chinafied site looks identical to the original site, except it’s much faster and more optimised for China.

After the Chinafy optimisation process, the AYANA team was also able to - 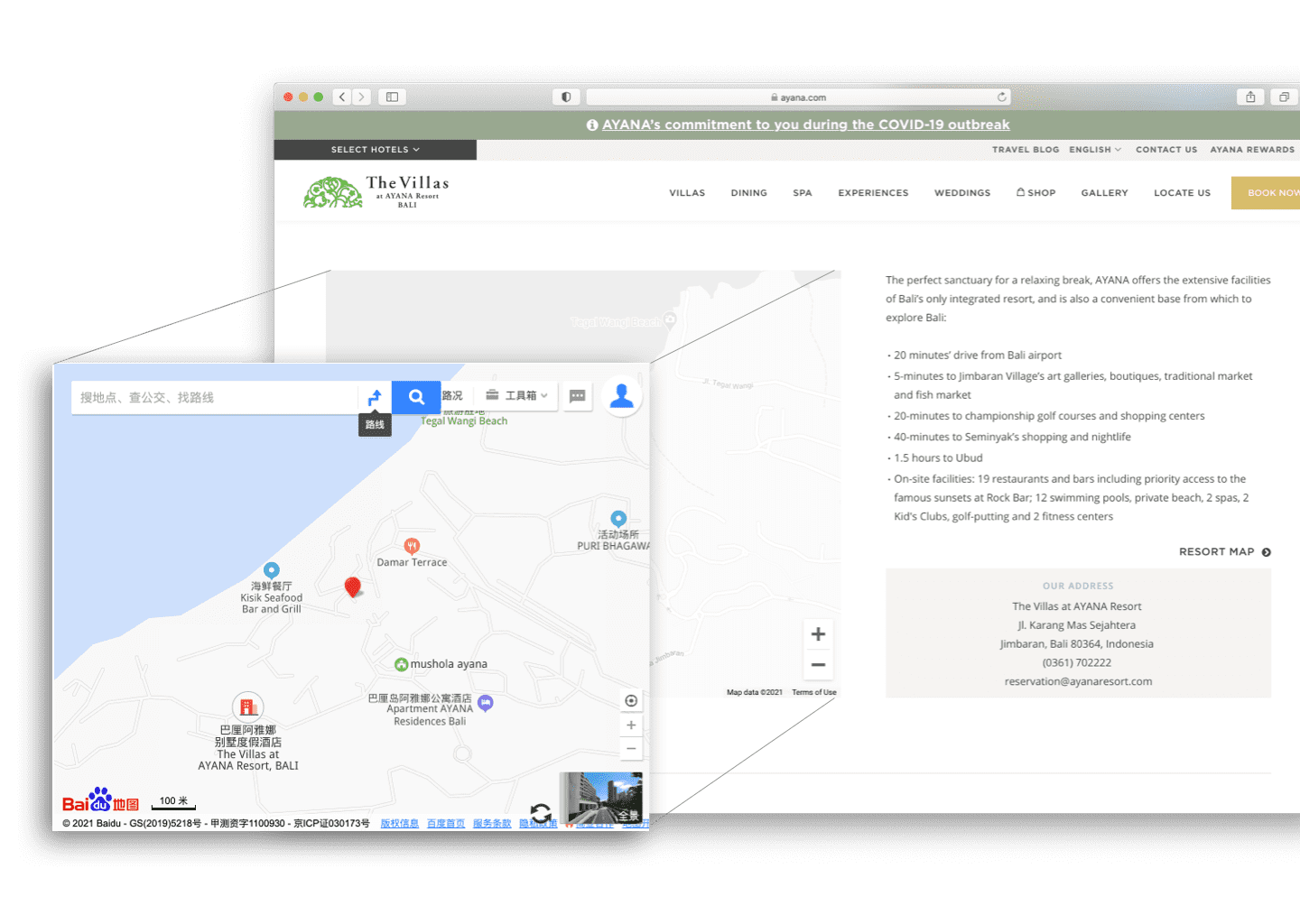 After Chinafy, China-based visitors will be able to see Google Map converted to its Baidu Map version optimised for China (Source: AYANA)

Does your site work in China?
Try our Visual Speed Test tool to see how it loads in China, in real-time.