Try Chinafy for free
Blog / Does Shopify Work in China?

Does Shopify Work in China?

Shopify allows someone to create and customize an online store, manage inventory, payments, shopping, and more from one place..reducing the time it takes from having an idea to presenting that idea in front of a customer, beautifully.

That's why we, and many of our customers, love Shopify.

In this article, we'll highlight -

iii) How to Analyse Your Shopify Site

How well do Shopify Sites Work in China? 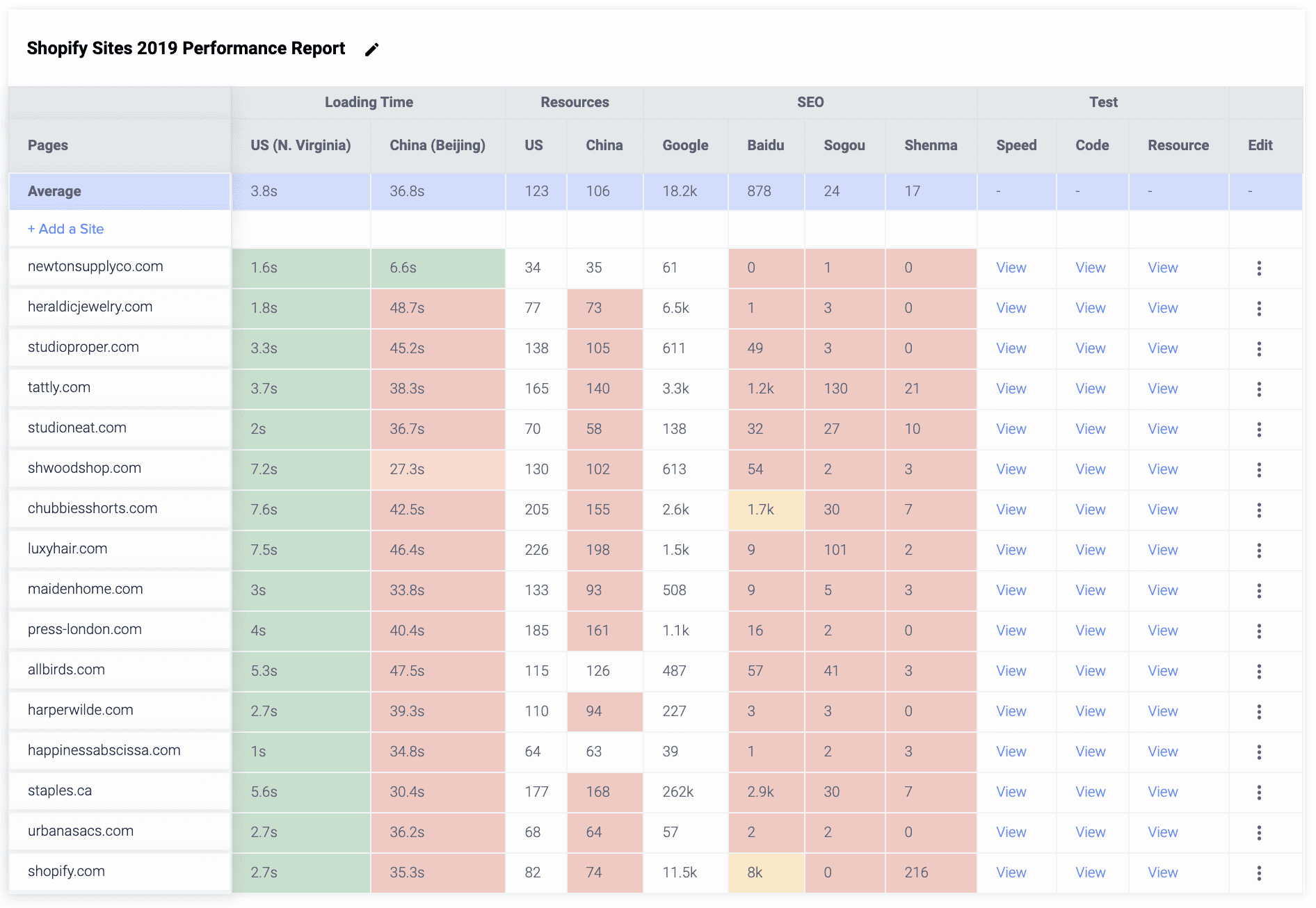 Shopify Sites load 9.7x Slower in China than they do globally. The average Loading Speed in China is 36.8s seconds vs. 3.8s from North Virginia in the U.S.

Most sites are missing at least 14% of resources, even after the site has 'loaded fully'. Some of these resources are visual elements (e.g. image carousels), while others are to do with ads and analytics.

Over 93% of Shopify sites take 30+ seconds to load in China, are missing 20% of resources, and index less than 2% of their pages on Chinese Search Engines

Because China's internet users are accustomed to mobile-first experiences, and fast-online transactions - the negative effect of a slow website and poor compatibility are multiplied in the context of China.

What does that mean for you as a Shopify merchant?

You're not reaching China's US$1.5 Trillion dollars online retail market, yet. 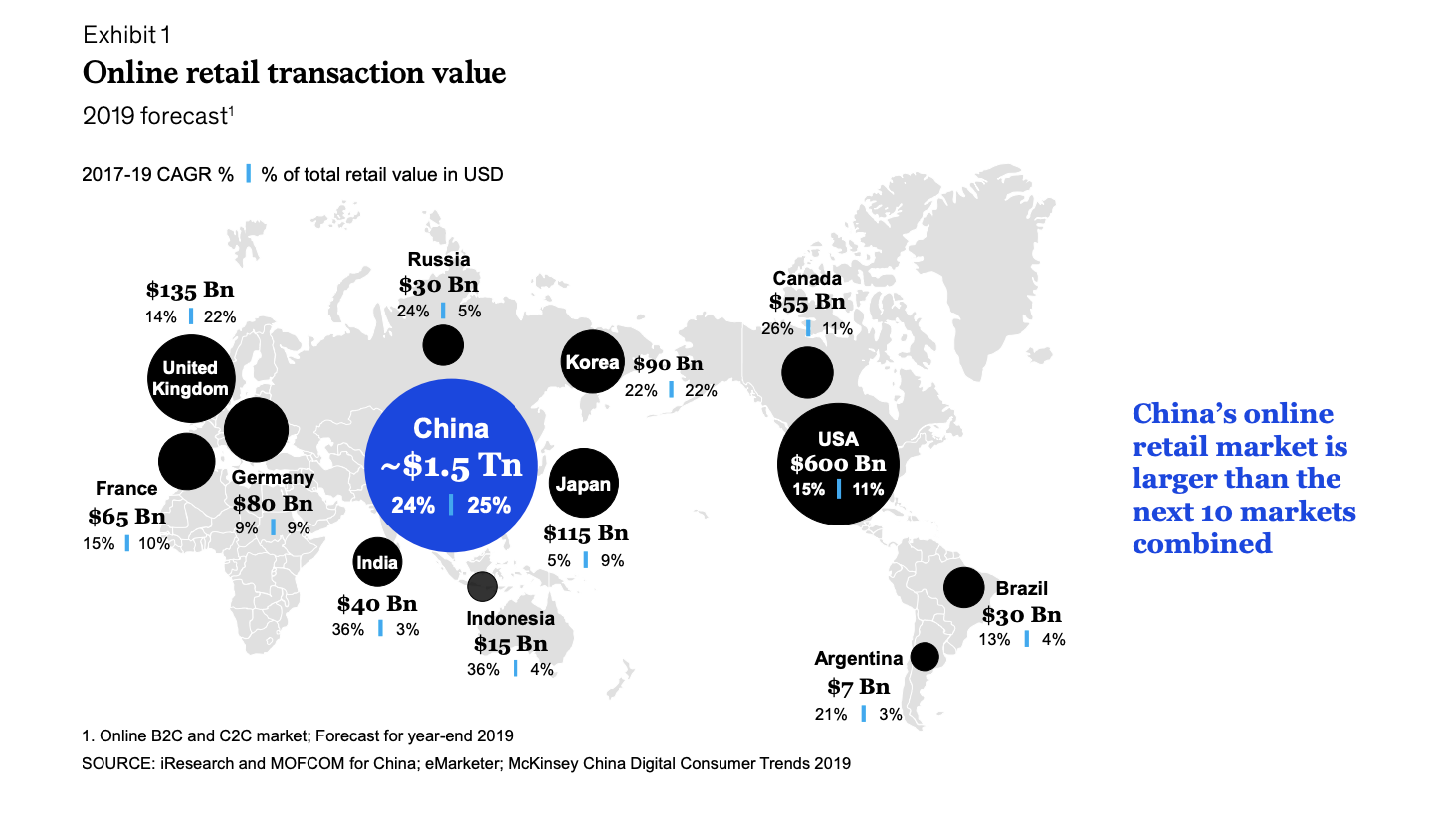 Without a strong technological foundation that's competitive, fast and accessible, your store is likely -

• At best, one that Chinese customers might accidentally come across.

• Most likely, a site that 800 million Chinese users don't even know exist.

• At worst, a site that potential customers leave, after marketing efforts have been invested in bringing them there in the first place (e.g. via WeChat or Weibo).

Where do Shopify merchants fit in the China retail landscape?

In the context of China, businesses generally fall into two broader types -

1. Large-scale conglomerates with a few million dollars in dedicated budget and the intention of building an entirely onshore presence. This involves getting an ICP, developing E-stores in China, having a local team running sales, a dedicated website, and more.

B2C Companies that fall into this category include LVMH, Prada, and Mercedes Benz. 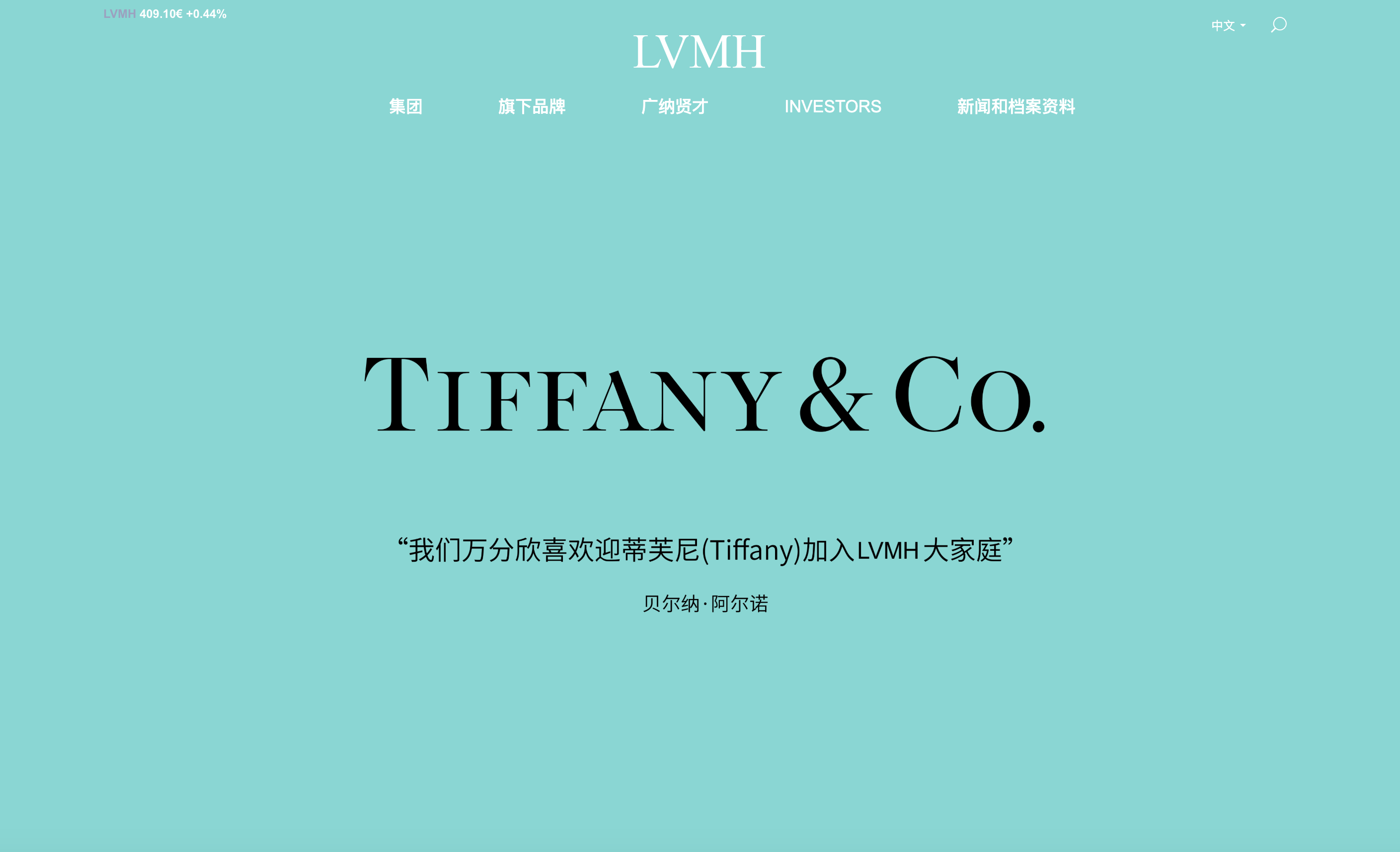 Read how Chinafy helps you Go-to-Market in China.

2. Companies who want to and expect support all customers globally, including China, with one global site.

These are companies who might be passively or actively interested in the China market but prefer to reach customers from offshore, with one singular, consistent digital footprint. 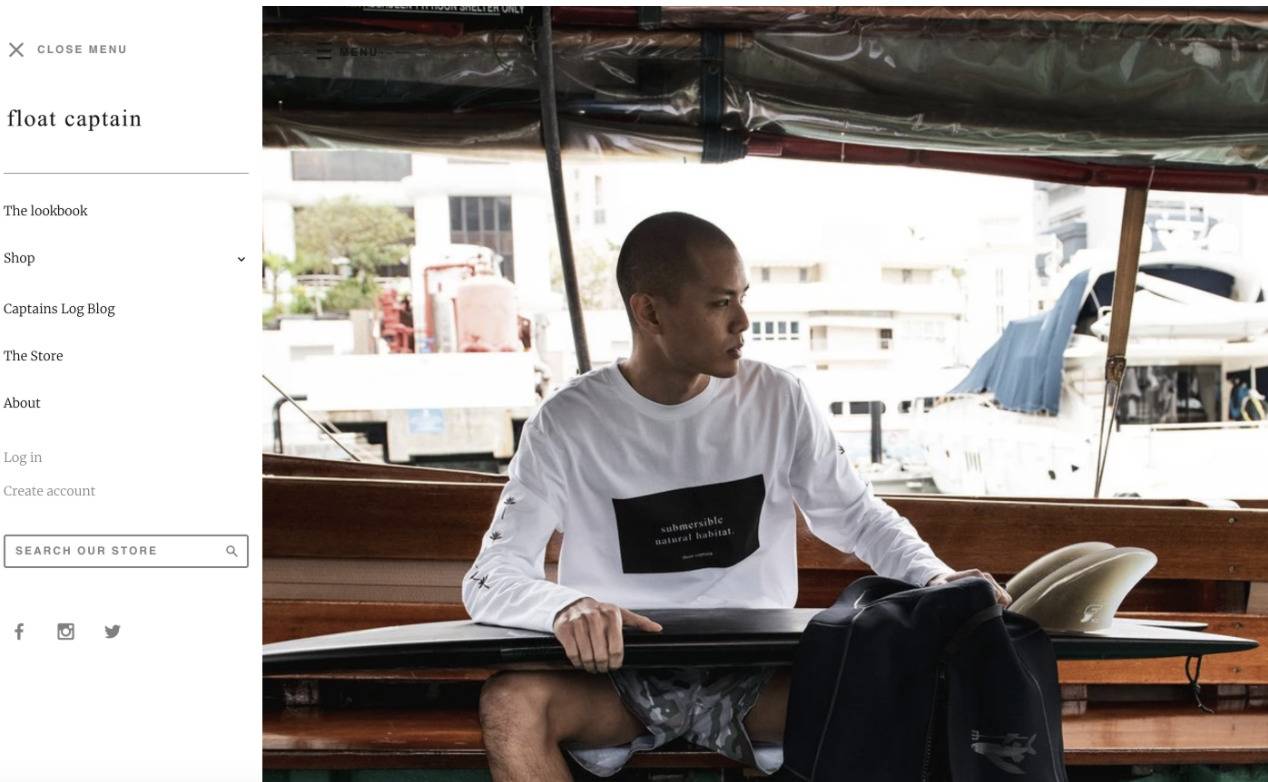 Float Captain on Shopify - before Chinafy

Most Shopify owners fall into the latter.

Previous to platforms like Chinafy, companies without an onshore presence were effectively unable to develop and market a fast, effective, interactive storefront in China.

Instead of spending a few million to simply get their foot in the China market (not to mention, what ends up taking anywhere from 2 months to 2 years and multiple headcounts), Shopify shop owners, their agencies, and developers can now create and manage a completely 'China-optimised version' of their site to serve visitors from China within days.

Developers and Solution Architects can achieve a performative site in China with just a quick update to the DNS and just a few additional adjustments in localised payment options. More importantly, they can maintain manual control over the China-version of code as they'd like and

Businesses can reach China's 800 million internet users faster and more cost-effectively than ever before.

"...The alternate route to going with Chinafy is developing a Chinese version of the site on top of your existing global site or an entirely separate Chinese site for the China market; both options are a tedious process, and if you thought getting updates on a global site was a long process, try convincing your marketing/sales / IT team to develop an entirely new site in a different language."

Why do Shopify Stores use Chinafy?

Shopify's infrastructure, while strong globally and supports most customers around the world, is simply not designed for China. With Chinafy, it can be.

Chinafy combines the full functionality of (mostly) automated resource compatibility with a China CDN to provide enterprise-level performance to any business. 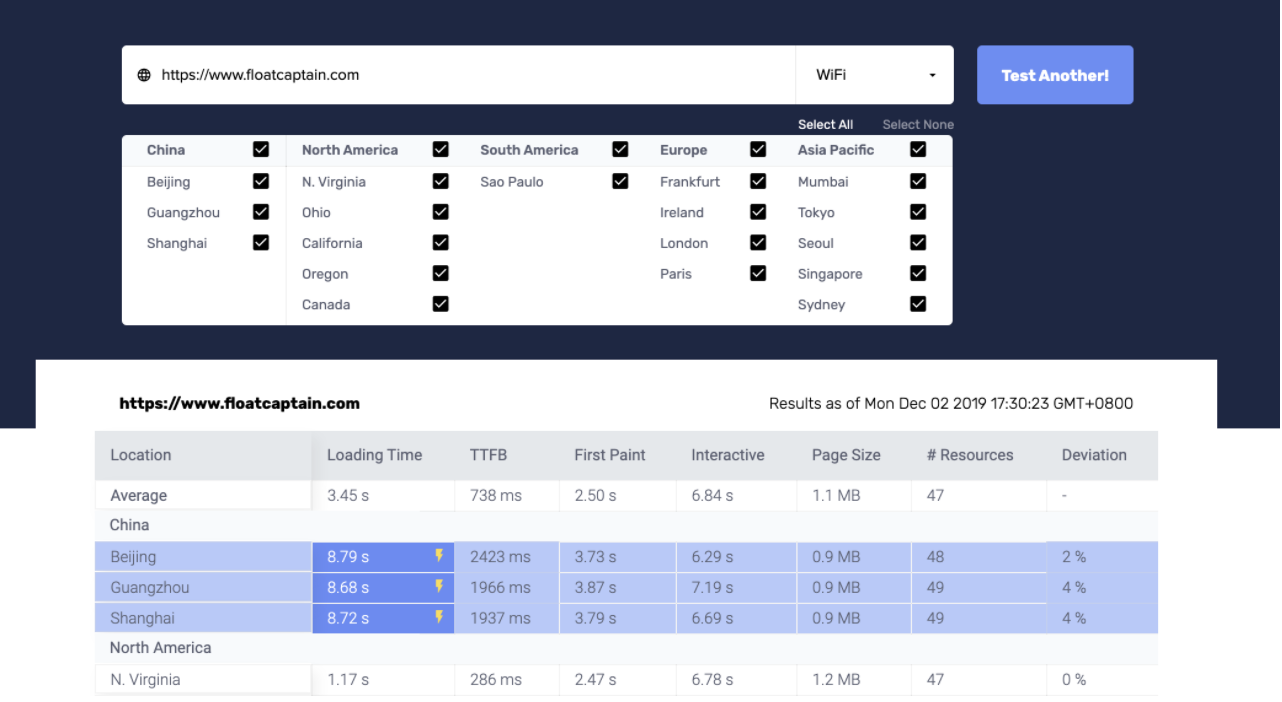 Once implemented, the results are immediately verifiable either via Chinafy's Free Tools, third-party platforms, or onshore in China.

Any performance marketer knows website speed (or lack thereof) has a financial impact on the business. Unless your product is literally one-of-a-kind, customers can (and will) leave you for a competitor.

Adding Chinafy to their tech stack means spending less time thinking about how to handle performance issues on a piecemeal basis.

Media assets that are hosted with Shopify (assets.shopify.com) are delivered via Fastly CDN.

Chinafy compliments Shopify's CDN by ensuring that any Chinese visitor can receive the same benefits that non-China customers can onshore, without affecting how the site loads for visitors coming from outside China.

E-commerce marketplaces and readily available third-party services make it easy to add functionality to your site.

However, because these third-party services need to be fetched from multiple servers, often placed far from China, these services multiply the time it takes to load a site for visitors in China - who are often already affected by network conditions.

Chinafy ensures edge delivery to users onshore in China by moving both these assets and primary resources over to our tech stack. This tech stack then delivers files that can be cached from a single source.

For dynamic listings that require 'real-time' updates (e.g. product pages, and blogs) Chinafy will pull the file back from the origin server ensuring that the latest products deliver as they should.

Chinafy enables you to continue to use platforms that you love, without worrying about isolating visitors from China.

Chinafy regularly rescans your site to see if any updates are made to a site and make automated modifications to your site. This way, you don't have to keep updating your global site and a China version of your site.

More on How Chinafy Works.

3. Most importantly, a store that Looks (and Transacts) As It Should

We know how much work goes into a website. That's why we know how frustrating it is to both your business and its customers to find missing sections where there should be a stunning image carousel, helpful map, or functional form.

Because Chinafy scans all the resources on your page to identify what's blocked in China, the platform is able to replace elements that have a China-alternative* and remove those that simply keep the rest of your page from loading smoothly. 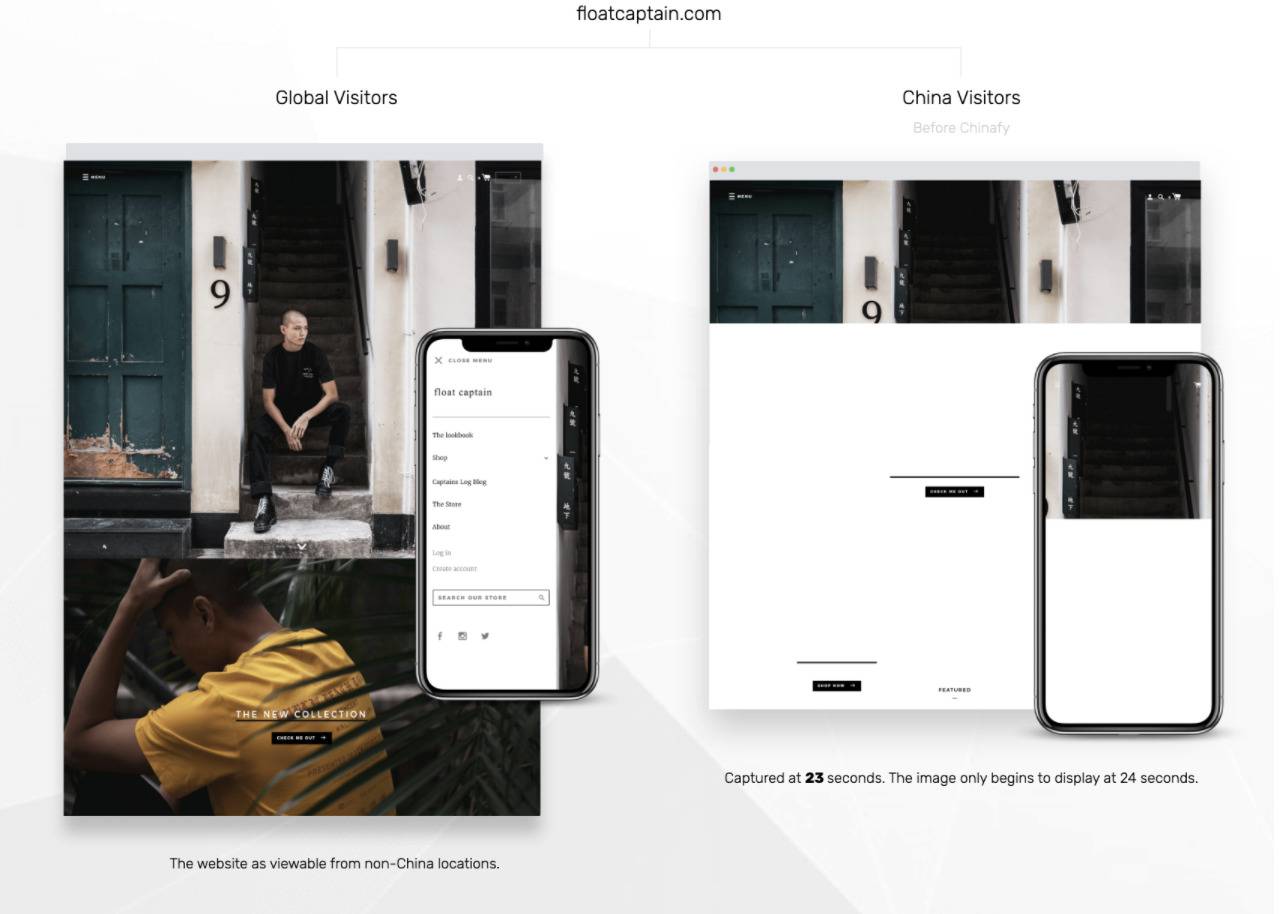 Curious to know how your Shopify site performs?

Test your Shopify site (or a competitor's) to see how it loads in China with our free Visual Speed Test.

Want to see Chinafy in action? We optimized a Shopify website for China in under 48 hours.