Try Chinafy for free
Blog / Does Pantheon work in China?

Does Pantheon work in China?

TLDR; Pantheon by default doesn’t work optimally in China. On average, Pantheon sites are 5.3x slower in China than they are globally, and an average of 55.6% packet loss, making them almost unusable.

This article explains a number of technical reasons for poor performance in China and solutions to address them accordingly.

Pantheon is an enterprise website operations (WebOps) platform specialised in hosting Drupal and WordPress sites with performance in mind.

Pantheon is best known for providing a highly scalable and composable WebOps environment that makes cross-functional collaboration possible at world’s largest enterprises including none other than (drum roll, please) – Google. 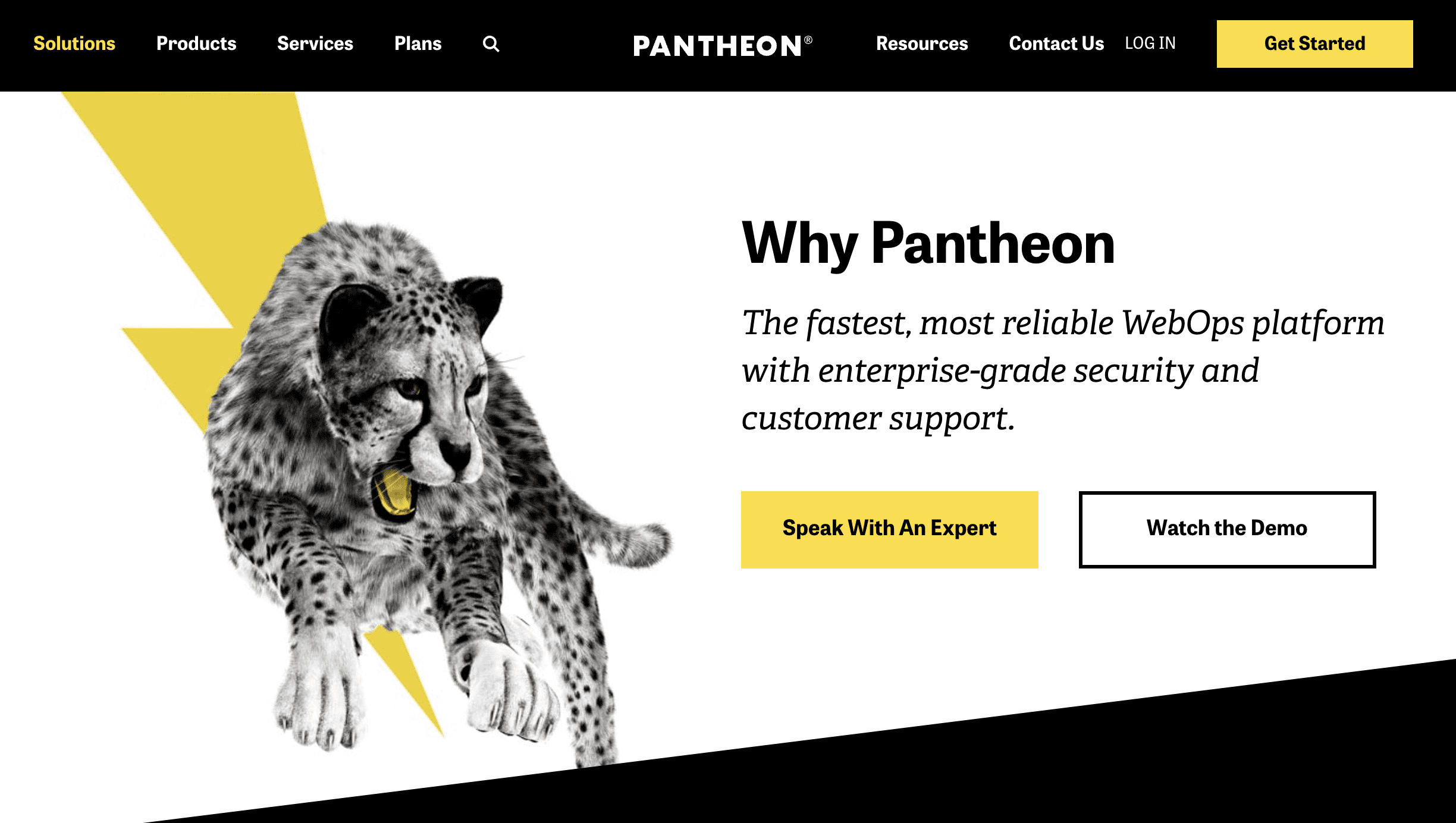 These features combine to meet the needs of enterprise users who would otherwise require more traditional hosting mechanisms such as clustering or shared hosting.

Collectively, Pantheon powers 300,000+ sites in the cloud with 10 billion page views, marking its competitive edge over others in the WebOps space. Some of their more notable users include Tableau, Docusign and Cornell University.

Like other Enterprise WebOps Platforms, Pantheon’s stack leverages Content Delivery Networks (CDN) to accelerate their delivery of primary resources, with its default choice being Fastly. 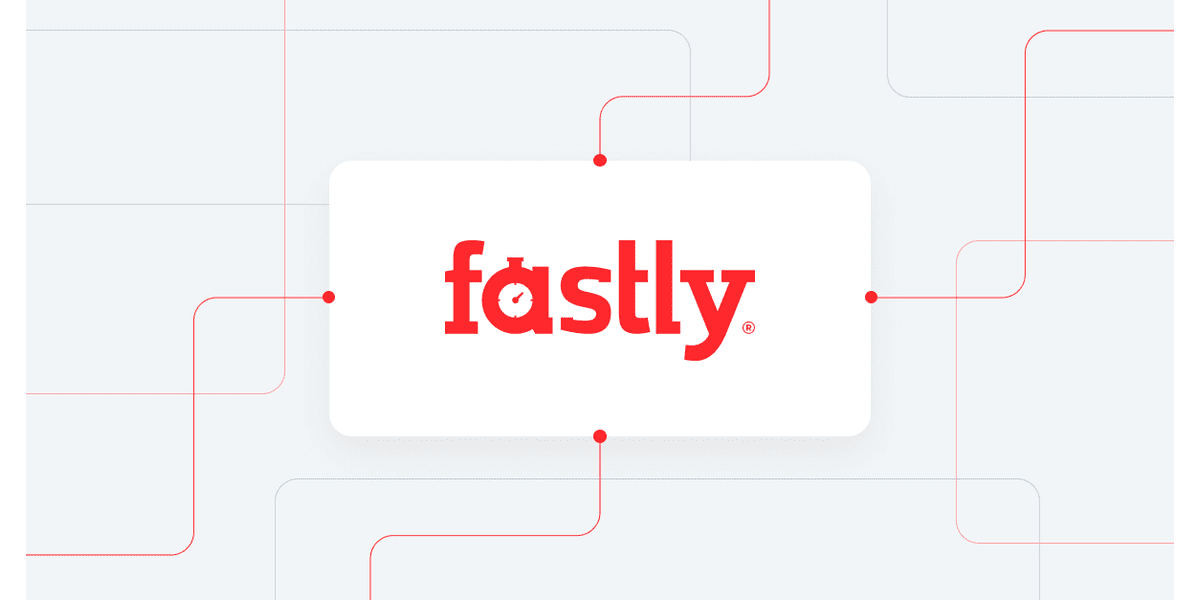 Pantheon actively uses Fastly CDN in 70+ regions and boasts a 2x faster page rendering time within the U.S., or beyond that up to 10x.

What is a CDN?
A content delivery network (CDN) is a group of servers located across various regions to cache and distribute website content for a faster delivery.

Pantheon also enables advanced CDN features such as image optimization which has worked to further improve content delivery across the board of its global users.

That is, except in China (more on this below).

We’ve taken a random sample of four Pantheon websites and run them in China in comparison to the U.S:

In terms of speed, Pantheon is 5.3x slower in China

The slowest Pantheon site takes 54.1 seconds to load in China (yep, close to a minute.)

Take a look at the raw data below.

It’s not Pantheon’s fault, but rather a limitation inherent to other providers and websites as a result of infrastructure and code-based incompatibility in China.

The unfortunate reality is that most offshore sites - irrespective of how they're built - do not have an infrastructure designed for China.

Key performance variables include choice of servers and CDN providers that power these sites and their users in China.

For example, it’s common that U.S. based enterprises tend to favour hosting their origin server close to where they are. This inevitably introduces increased latency and lower throughput in the process of cross-border data transmission, which translate into a higher overall loading time. 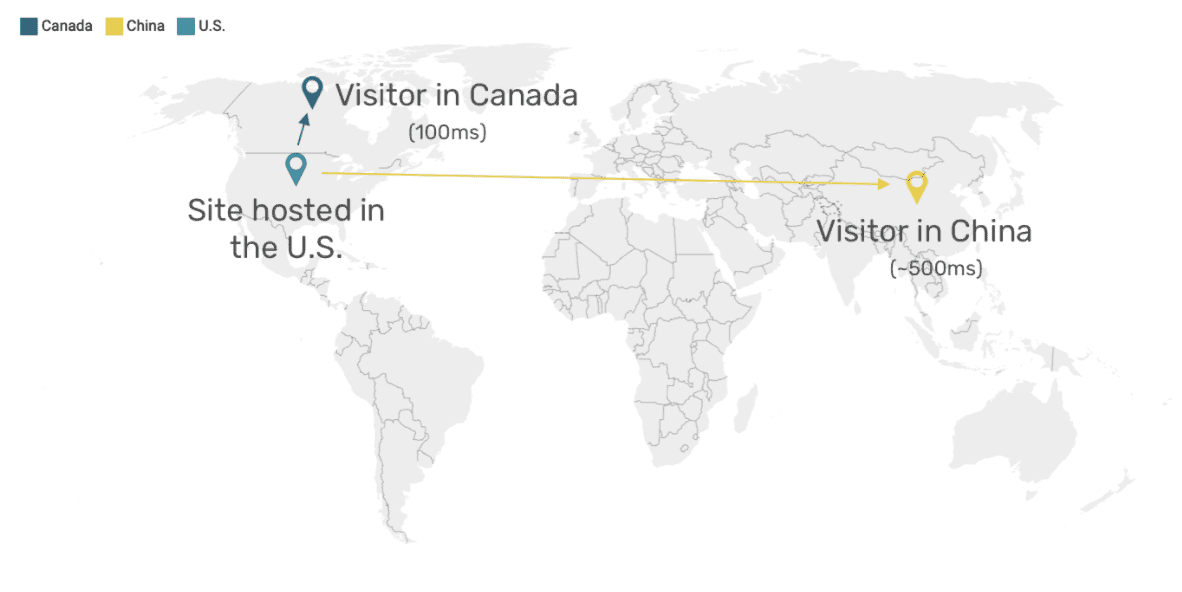 Illustration: A U.S.-hosted website takes longer to deliver to China visitors than those Canada.

Adding CDNs to your stack might help, but not all CDNs are the same, particularly in China.

Pantheon uses Fastly as its CDN provider, which is considered best-in-class globally. But in China, far from that.

See how Fastly performs against other CDNs below (in teal blue): 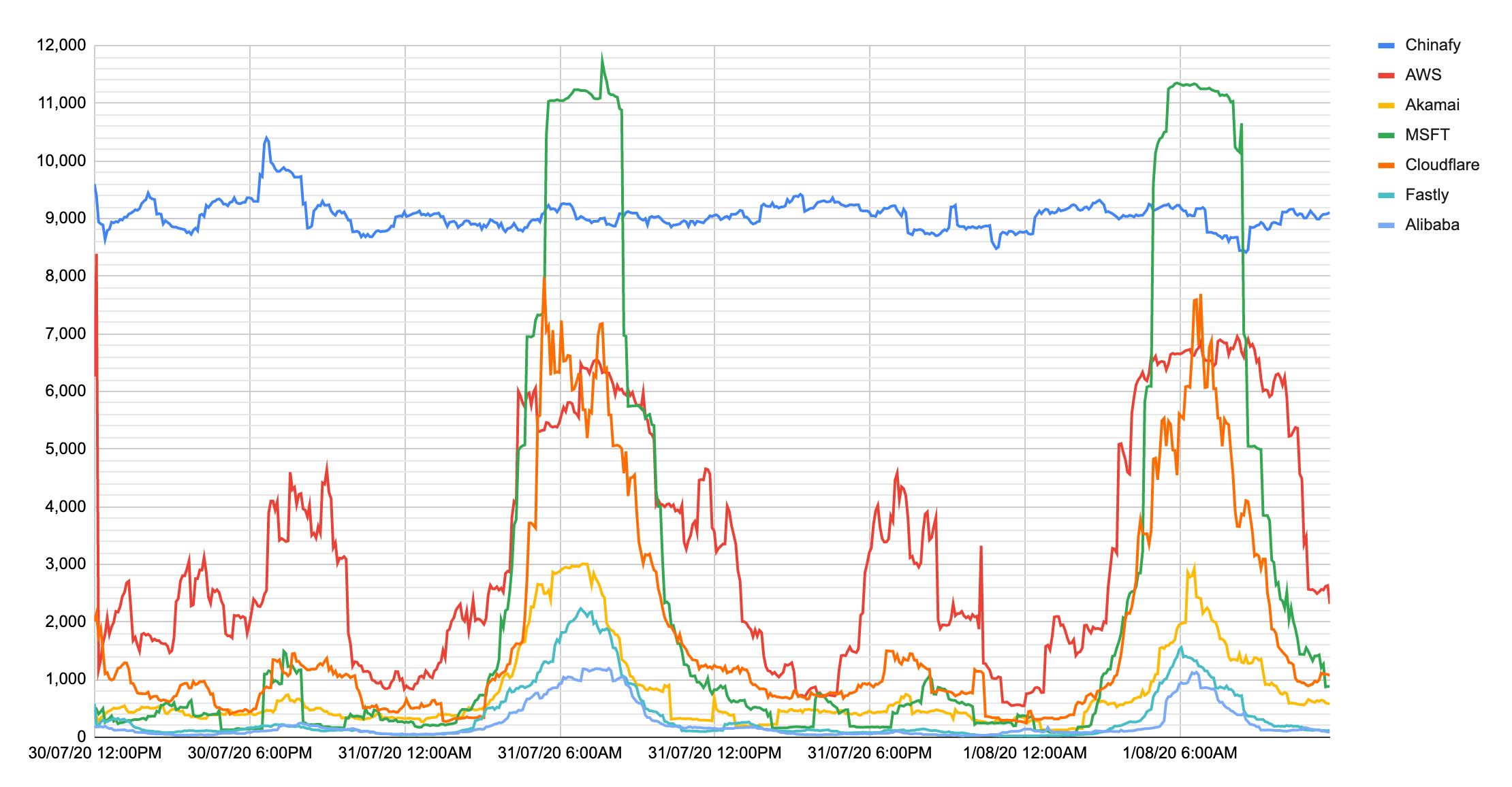 The immediate thought is simply to pair with a China CDN - which might help, but not entirely.

Common resources in the web libraries (e.g. Google, YouTube, Facebook, Vimeo and many more) are inaccessible in China, and by extension, these includes -

> 90% of all Western sites rely on these “blocked” resources for a number of purposes outside of China. And chances are that your marketing team cannot, and should not have to, do without them.

Pantheon’s users reasonably take advantage of their ever-growing ecosystem of 3rd-party plugins on Drupal or WordPress. Even 3rd-party resources that are not explicitly blocked, aren’t immune from latency issues when loading from China.

As browsers are designed to load resources sequentially, i.e. one resource after another, these blocked resources aggregate to form larger performance issues in China.

To illustrate this, see a waterfall chart of stalled requests when China-based visitors attempt to load past “connect.facebook.com” below - 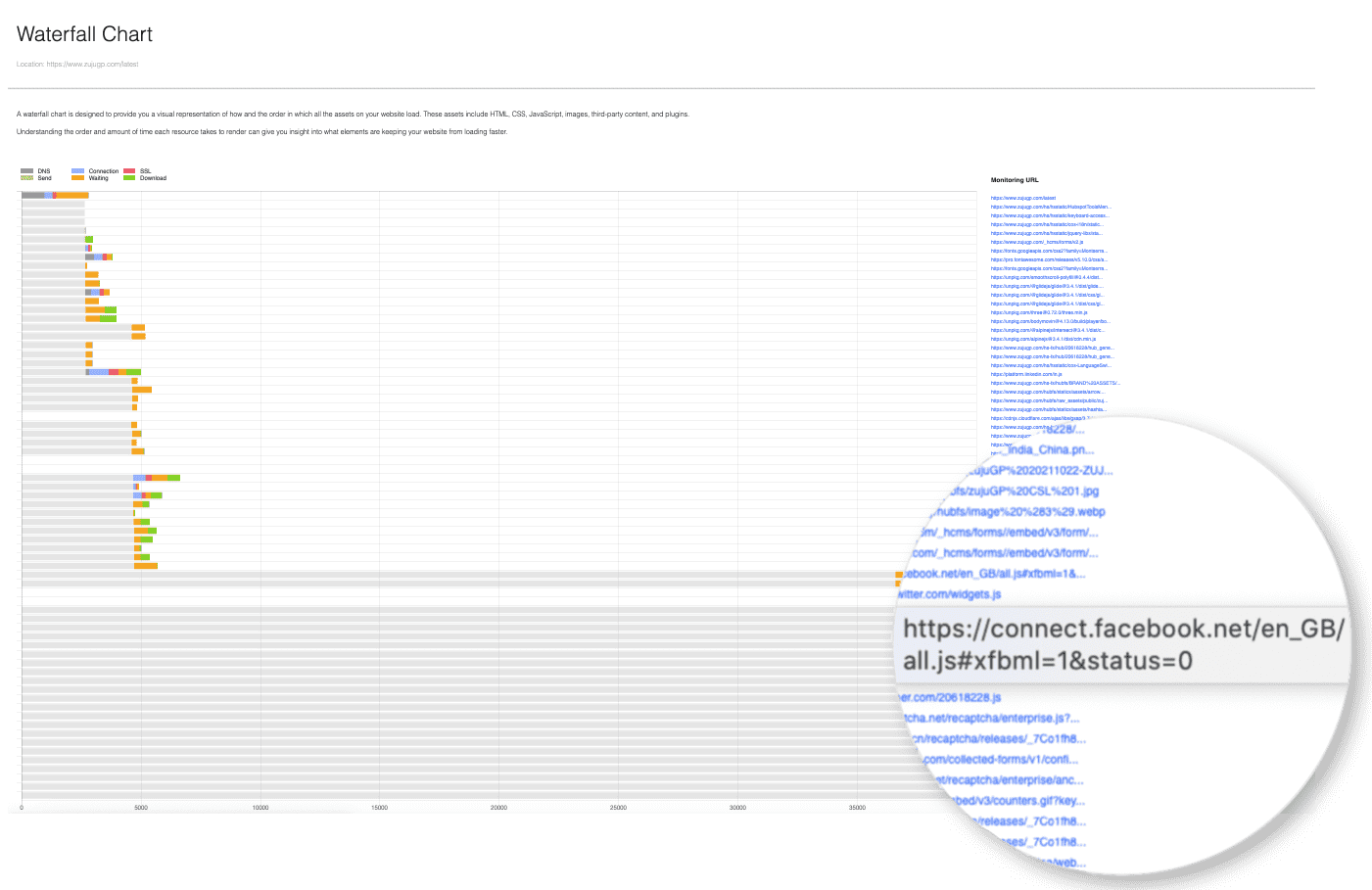 Can Pantheon work well in China?

Is hosting in China something to consider?

Hosting websites in China isn’t as straightforward as it is elsewhere.

ii) Expertise: Mainstream resources (e.g. YouTube) in the Western libraries face slow-network issues if not entirely inaccessible in China. You’ll need to manage a list of these resources on an ongoing basis to exclude or replace on your localised site in order to achieve and thereafter maintain performance in China, hosted onshore or otherwise.

👉 Unless you have a China digital team ready to take it over (and we can connect you with one!), we recommend another approach.

The result is an on average 2-8x faster, fully-optimised, auto-managed version of the global site in China.

Taking the University of Toronto x Pantheon website as an example.

Below is a before and after Chinafy comparison of its homepage in Beijing.

A chart comparing Chinafy performance against the original in terms of (i) speed and (ii) deliverability.

More about How Chinafy Works

On top of the performance gain, Chinafy also delivers -

Geo-based redirection to launch Chinafy site in China. That is, the original site remains accessible as it is elsewhere.

Do you use Pantheon? Get in touch with Chinafy to make your Pantheon site faster in China