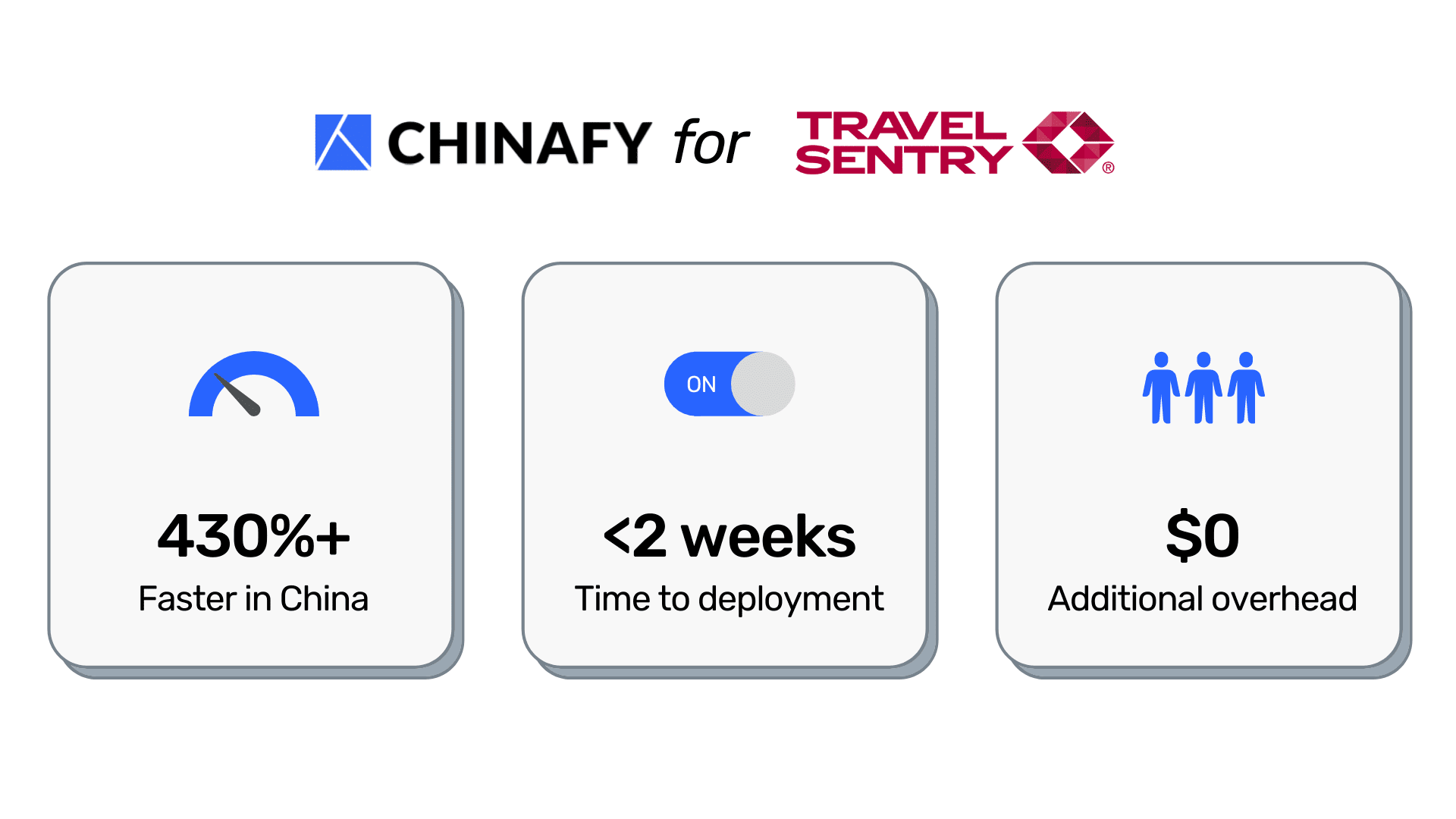 Travel Sentry is a leading innovator that licences some of the world's most-used standards for travel security.

As of today, there are over 600 million of Travel Sentry-approved locks and luggages in circulation. 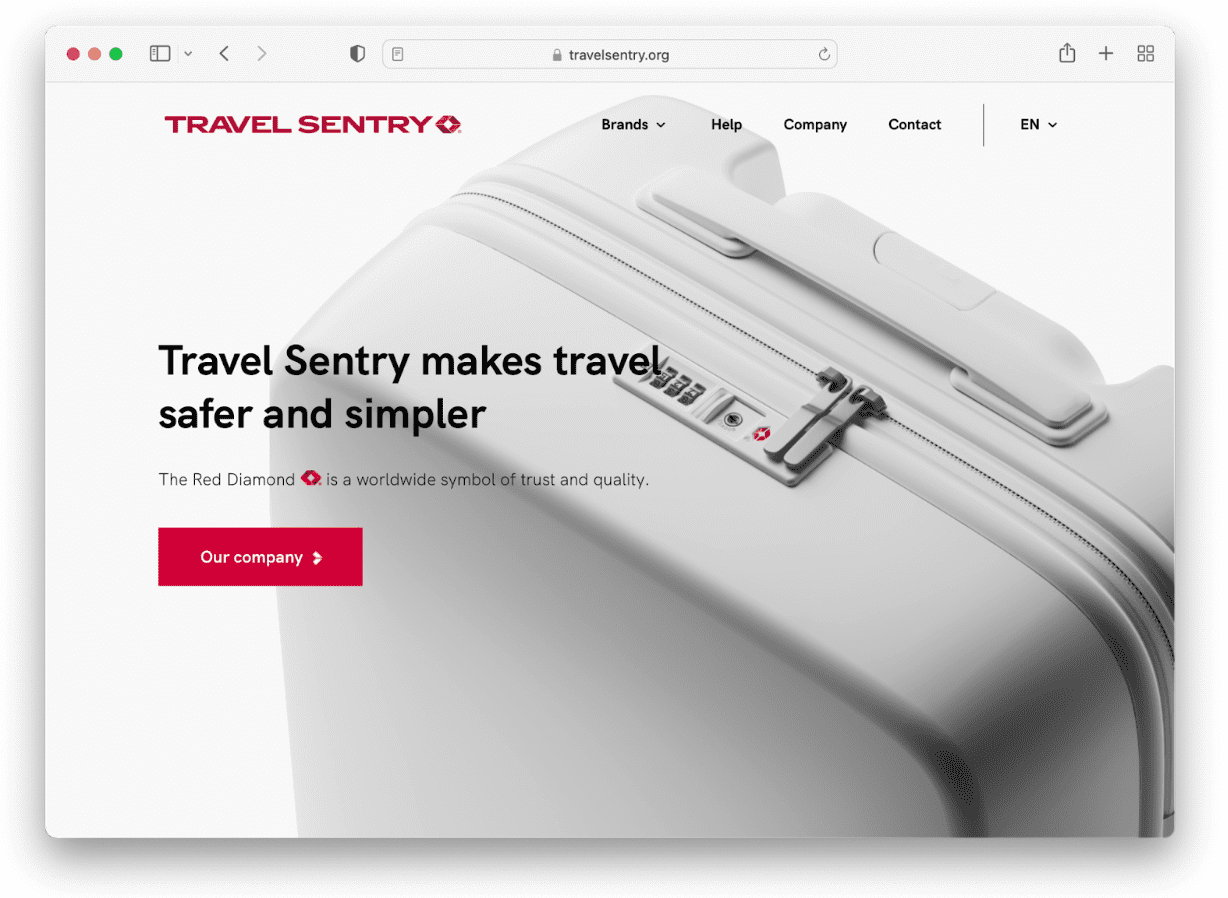 Built with Drupal, the TSID platform is designed to help luggage owners recover lost properties with coverage in across 2800+ airports globally.

Central to this platform and its intended user experience are a wealth of multimedia files, including multilingual YouTube tutorials.

Additionally, web performance was paramount and achieved globally with the use of one of the world’s leading CDN providers, Cloudflare’s Global CDN. That is, except in China.

A media-heavy website is normally not an issue for everyday visitors outside of China.

However, when it comes to cross-border data accessibility, China-based visitors inherently face a combination of code-based incompatibility and slow network issues.

Some challenges the team faced including -

Incomplete video delivery on inaccessible players such as YouTube

Modules on Drupal 8 are not working consistently as intended 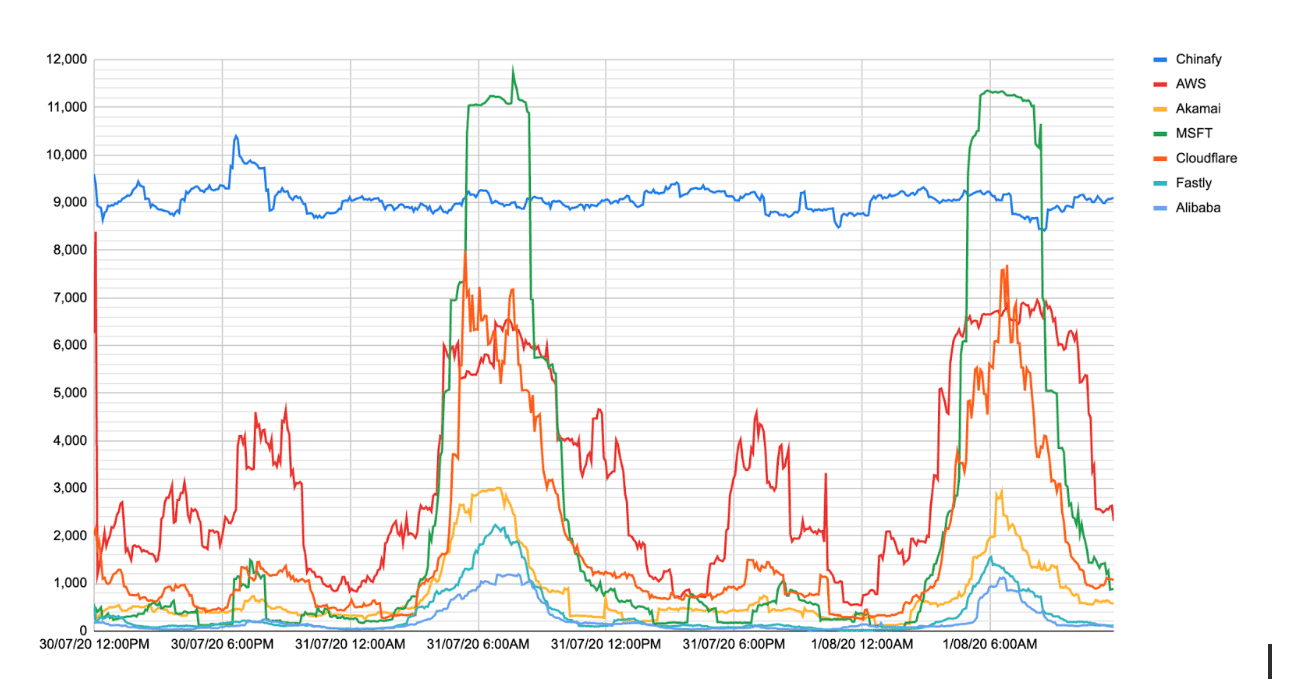 Cloudflare CDN vs other CDNs in China

The website took up to 25 seconds to load from various cities in China. That is, if it didn’t time out.

Before Chinafy: 25 seconds on average

Travel Sentry was able to experience an immediate improvement across a number of performance metrics - including a 4.3x faster time to Page Complete.

The results are taken from the average of over 80 data points of tsid.com then vs a Chinafy preview of the site in Beijing (see below). 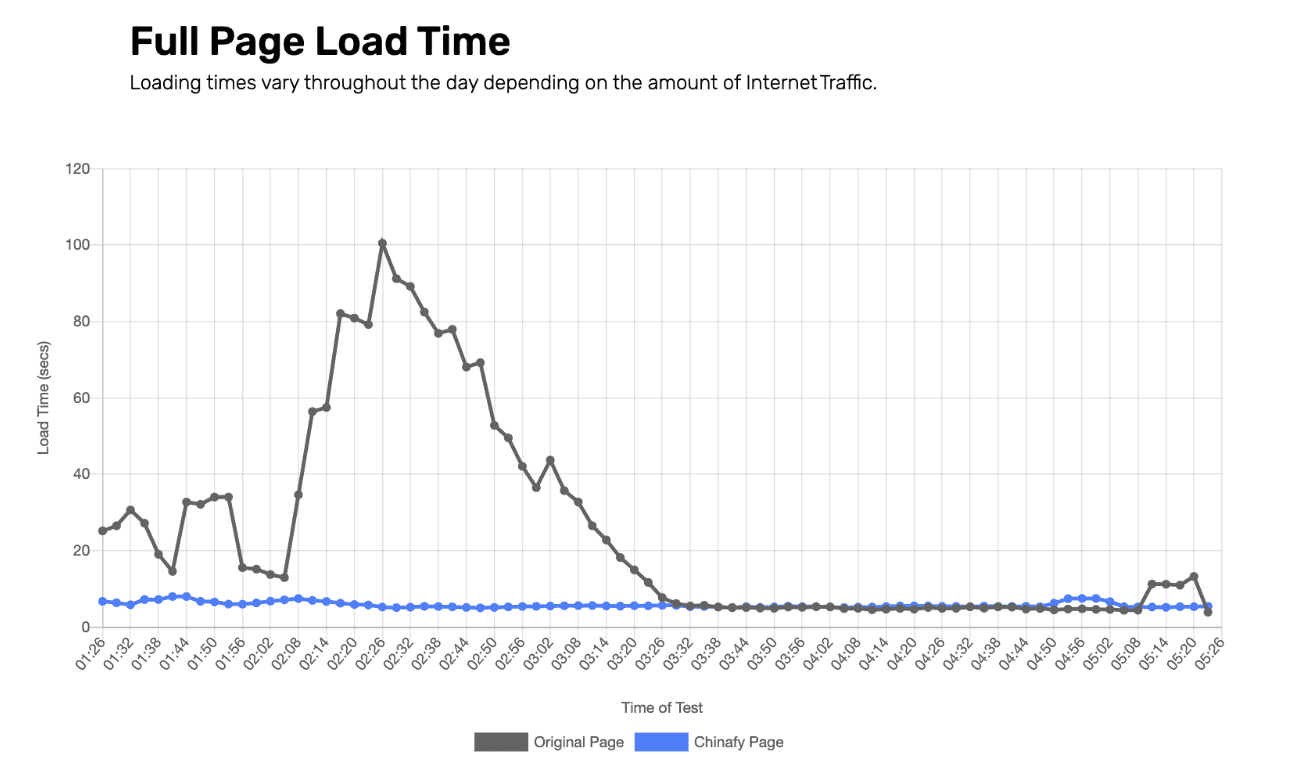 Aside from an improvement in speed, Chinafy is also able to deliver the TSID website's previously inaccessible Youtube video content fast, fully, and consistently.

Not to mention, this is done on an ongoing basis so that the marketing and development teams can simply modify the original site as they normally would. 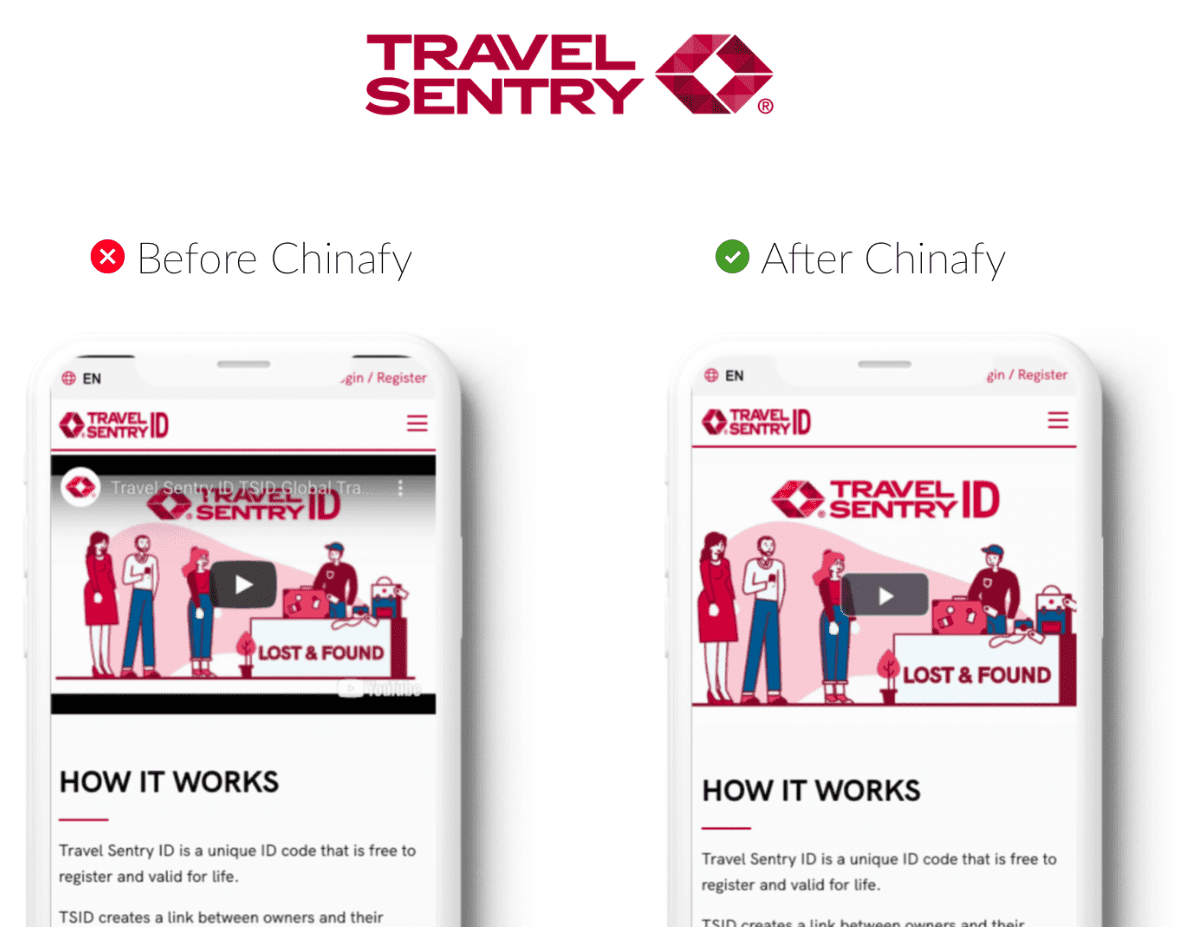 A comparison between the original website vs. after Chinafy 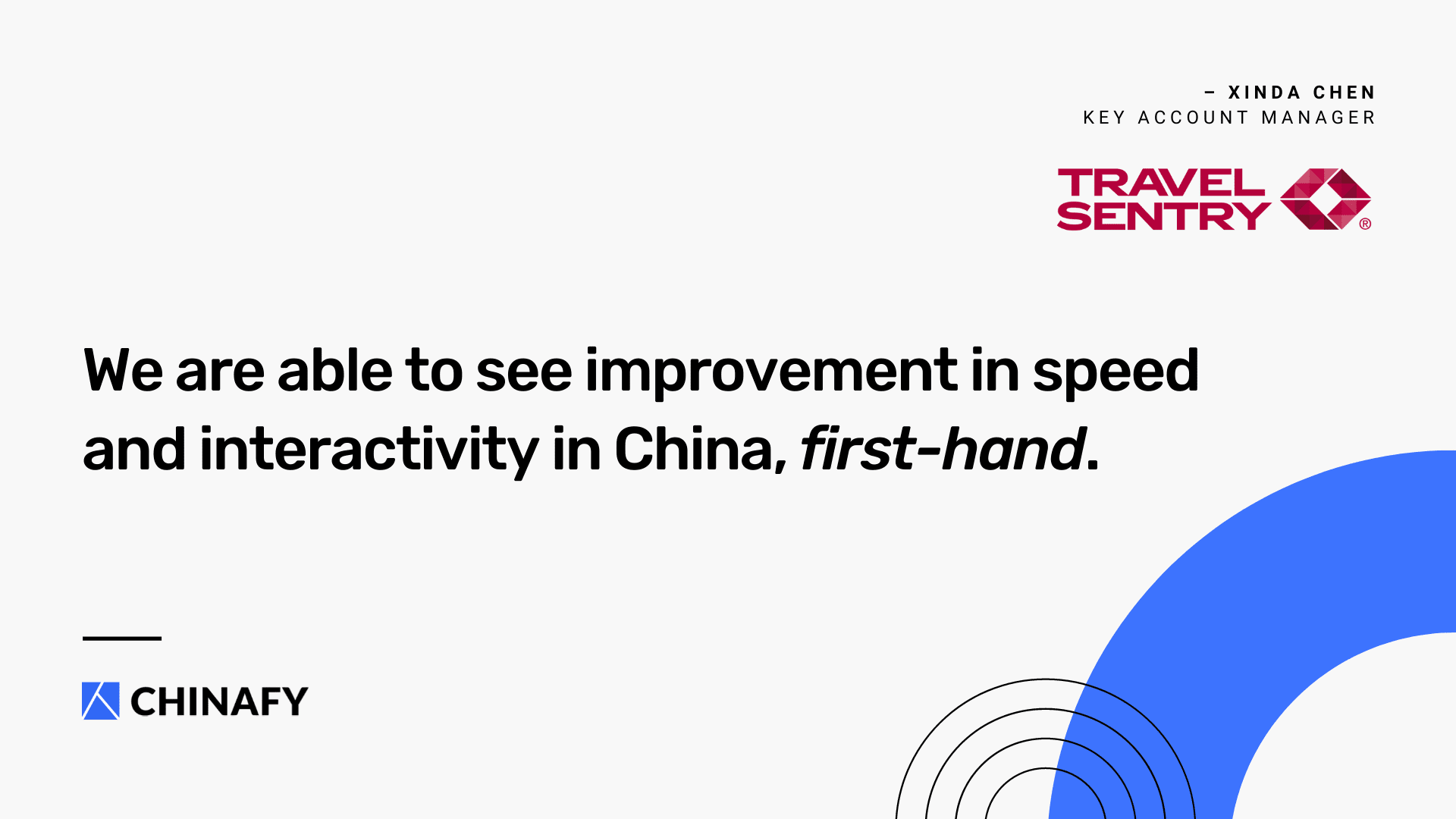 What led you to Chinafy?

"We have in-China operations and had issues with accessing our website. It was initially very slow both with download or other requests."

"The website is visibly faster in China for visitors in China. Chinafy team also provides bilingual human support which makes it easy to communicate with our teams internally." 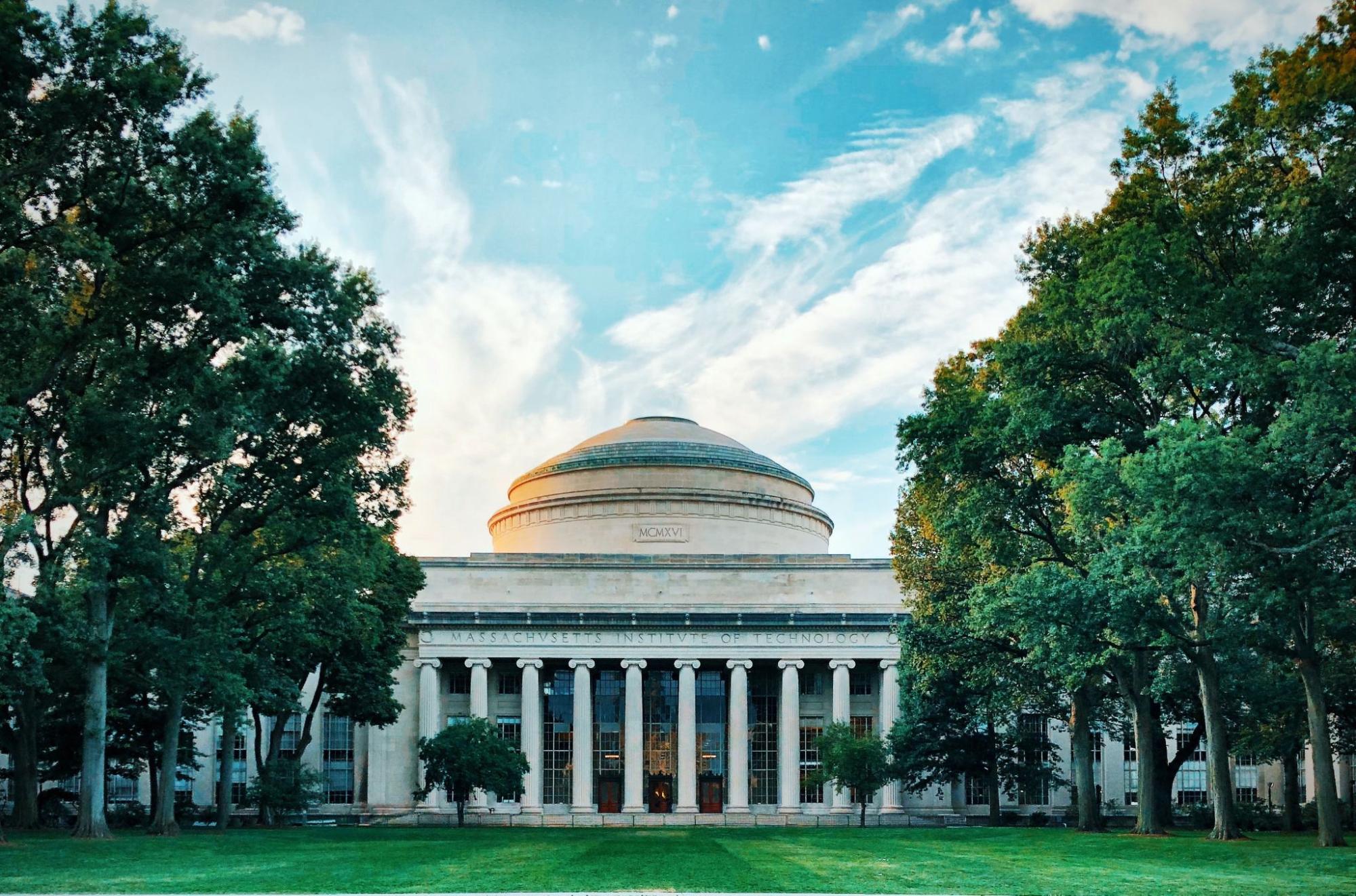