Try Chinafy for free
Blog / How to make Umbraco work in China: a Chinafy Demo

How to make Umbraco work in China: a Chinafy Demo

Umbraco doesn’t work off-the-shelf in China. This article demonstrates how Umbraco sites can work in China, with Chinafy.

How Umbraco sites work in China

How Umbraco work in China

Umbraco is a great open-source website builder. But like millions of other websites, Umbraco sites are slow, if not broken in China.

How do Umbraco sites work in China? Here’s some numbers:

The average Umbraco site loads in 15.2 seconds in China (i.e. 2.8x slower than its U.S. equivalent)

*In terms of fully load times & web resources # relative to the U.S. equivalent.

Results are taken in this random-sample study and reproducible via Chinafy Visual Speed Test.

Performance is all about retaining users for conversions. In other words…

The BBC finds every additional second to load its site costs them 10% website visitors.

For Mobify, every 100ms decrease in homepage load speed meant an increase of 1.11% in session-based conversions, leading to an average annual revenue increase of ~US$380,000.

More stats to back this up. 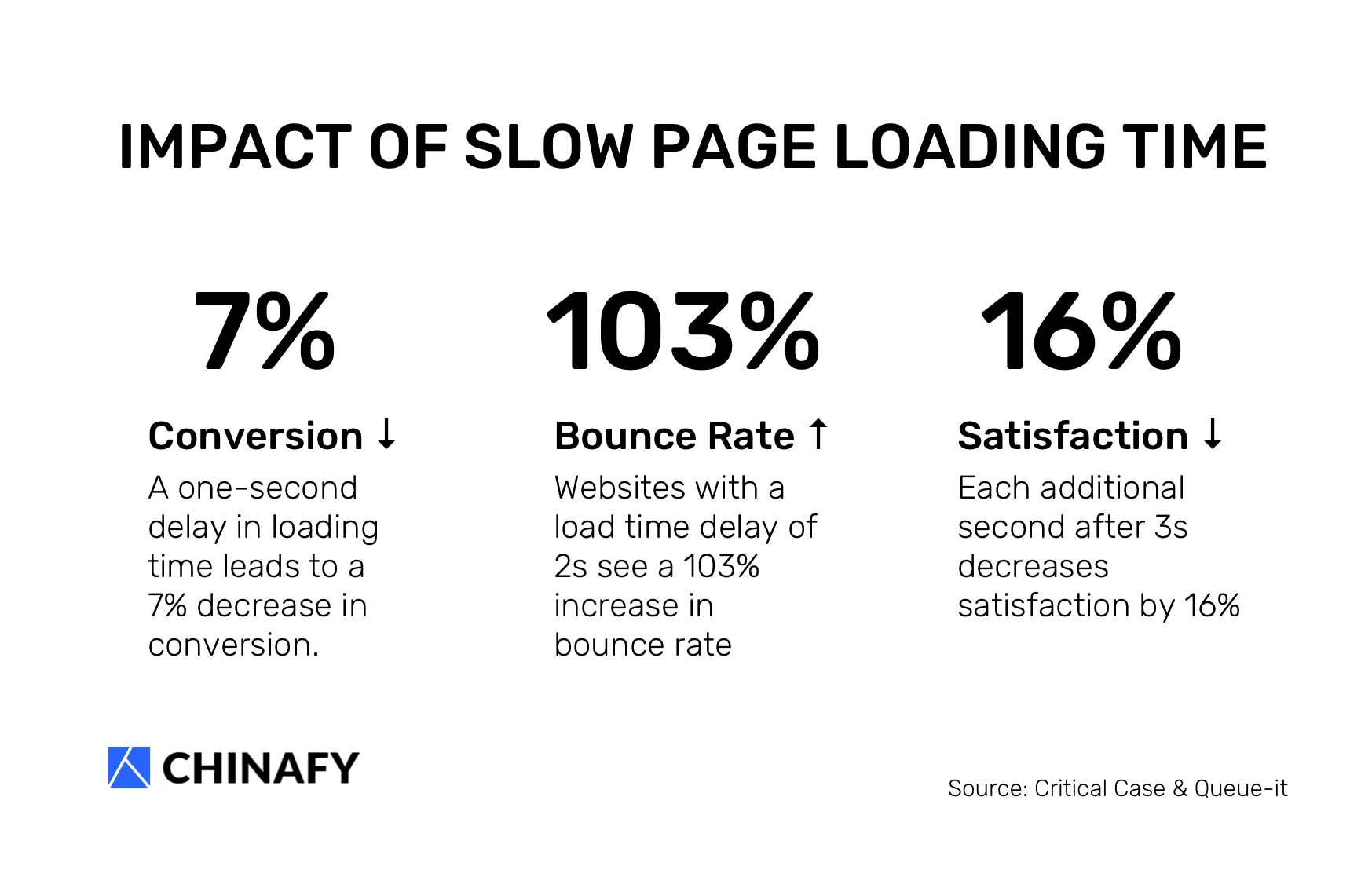 Using the above traffic conversion model, Umbraco performance in China translates to…

User satisfaction: -88% (i.e. unhappy customers who might end up going to your competitor)

Umbraco already powers some of the world’s largest organisations and MNCs including the European Union, Scholl and Sinclair.

Now think multifold growth across the marketing funnel, with a 2-8x faster-loading site powered by Chinafy

How Chinafy optimises Umbraco for China

Traditionally, China web optimisation used to be a costly, labour-intensive process with the following steps involved:

Registering your site with Chinafy authority

Hosting your site in China

Collectively, these steps take up to 6-12 months to implement and costs anywhere between $20,147 & $104,204 depending on the nature of business to prepare for an ICP (see a cost breakdown linked here).

And that’s the past. Chinafy is the present.

Chinafy optimises all websites to achieve near-native performance with an offshore set-up.

Want a demo? You’ve got it.

Methodology: We sampled 3 Umbraco websites and generated a first-pass Chinafy preview of each of those sites. We then compare these Chinafy-generated preview links against the original site as loaded from China - namely, Beijing, Shanghai, and Guangzhou..

Their Visually Complete Time (VCT) is then taken as the basis of comparison. VCT is defined as the point in time when the browser has finished rendering viewable content in the viewport as compared to the entire page or DOMComplete.

More about how Chinafy works.

The Scholl website is ~2.5x faster with Chinafy based on Visually Complete Time.

The EU website is ~3.4x faster with Chinafy based on Visually Complete Time.

The University of Oxford website is ~6x faster with Chinafy based on Visually Complete Time.

Deploy a China-optimised version of their site in just ~1.5-2 weeks

Optimise what you have without having to build a separate site, local licences, or onshore hosting*

Do you use Umbraco? Click Get Started and we'll test it from China for you :)